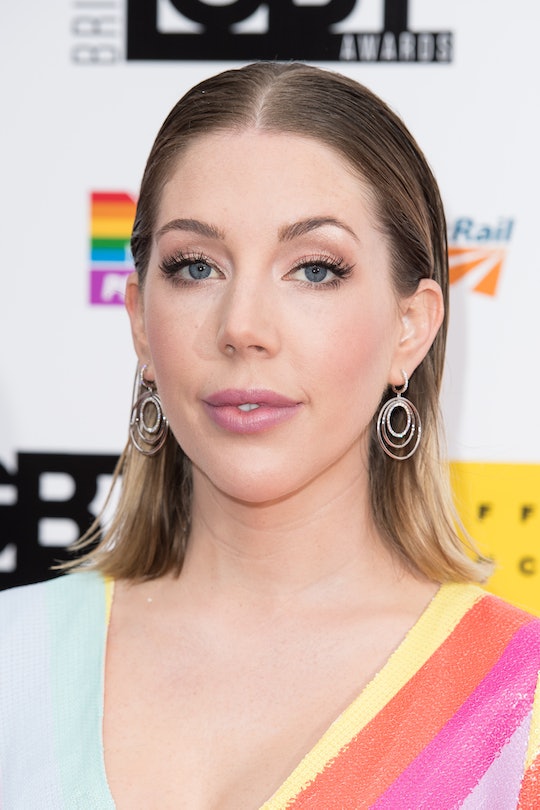 In her hilarious new Netflix special, Glitter Room, comedian Katherine Ryan covers feminism, dating, and motherhood. She talks about how she moved from Canada to London, had a baby, and now raises her daughter, Violet, as a single mom. From the way she’s described, Violet seems to be a confident mature kid, so some viewers are wondering exactly how old Katherine Ryan’s daughter is now.

In an interview with The Sun, Ryan revealed that she had her daughter when she was 26-years-old and according to the BBC, that was a little over 10 years ago, in 2008. This would mean that Violet is 10-years-old now, which makes sense when you hear Ryan describe her in Glitter Room. “She’s a wonderful child,” Ryan says of Violet on the special. “She’s the kind of kid that stitches you up. She never has a tantrum, she’s very polite.”

Other than her stand-up routines, Ryan doesn’t share much about Violet publicly, and when talking to the BBC, she explained why she never posts pictures of her online. "I don't share Violet's image online, only because it's weird - it's not because I'm on television, I never shared her image even when I worked in an office in Holborn," she explained. "I just feel like she should have ownership of her own image, but I don't want to discourage people from sharing images of their own kids as I really like looking at photos of people's kids - it's just a personal thing."

On her Instagram page, Ryan has a few pictures with her daughter, but the face is blurred out. In one post, the mother and daughter are standing on swings above the picturesque waters of the Maldives with the caption “Bestie.” Just last month, Ryan shared a picture of Violet and her best friend, who were both born together at the same hospital. “My wife @elizawn3 and I arrived at the same hospital on the same day to have our babies,” she captioned the photo. “The first time we spoke was over a year later. Now our babies are 10 year old best friends.”

In her new stand-up special, Ryan describes how fancy Violet is. “I have a beautiful daughter who is British,” she jokes. “And I really recommend having an English child. It’s like having a tiny, ineffective butler at home. She’s got me feeling like the Fresh Prince all day.” She goes on to talk about all the fancy words Violet uses at home, and how elegantly she speaks about mundane things.

At 10-years-old, Violet is huge fan of Anna Kendrick, Ryan says in the special, and she loves sparkly things, which is why she made her bedroom a glitter room. “She wanted glitter carpet, glitter wall, a little glitter disco ball,” she says. After Ryan arranged a meeting between Violet and Kendrick, she snapped a picture of the two and hung it in Violet’s glitter bedroom.

Ryan comes across as a great mom who really enjoys spending time with her daughter, and as her comedic portfolio grows, I’m sure fans will get to hear much more about her hilarious adventures with Violet.