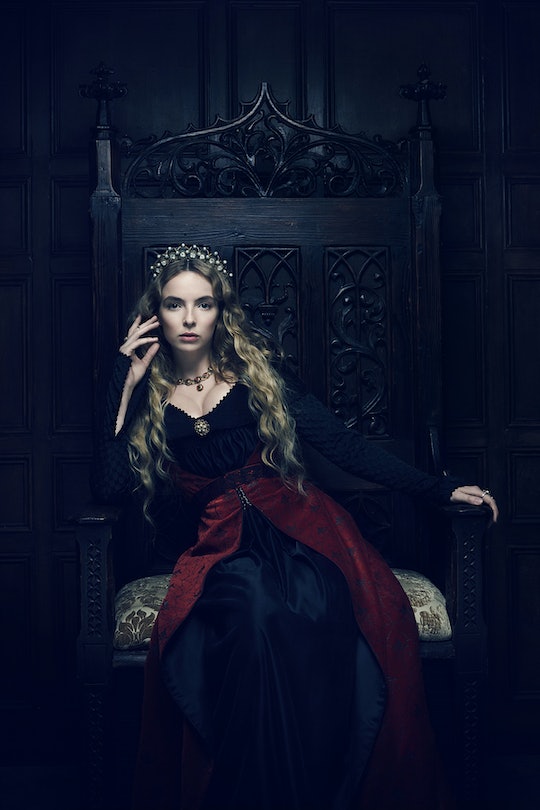 Elizabeth's Age On 'The White Princess' May Surprise You

As one may be able to guess, being a woman in the sixteenth century wasn't exactly easy. Marriage was treated as a business negotiation and women oftentimes did not have agency in the decision — no matter what age they were. This is the scenario viewers see on The White Princess, with Elizabeth of York at the forefront. The novel (and now series) is based on the true life of Elizabeth and her relationship with King Henry VII. But how old was Elizabeth when she married Henry on The White Princess? The answer may actually surprise you.

The White Princess starts off at a pivotal moment in English history: King Richard III, Elizabeth's uncle and apparent lover, has just been killed. This ended a longstanding war between the Houses Tudor and York, called the War of the Roses. It had been agreed upon that Elizabeth would marry the victor of the battle, which ended up being Henry VII from the rival house. Seeing as their families were enemies, and that Henry was responsible for her uncle's death, Elizabeth wasn't exactly thrilled at the arrangement. Henry wasn't, either; in the premiere he said he thought Elizabeth wasn't proper wife material (her relations with Richard III were known to him) and wanted to marry one of her sisters instead. Their respective mothers, though, insisted that they go through with it.

In that era, women may have been outstandingly young when they were married — too young by modern standards. Such was the case with Margaret Beaufort, Henry VII's mother. She was 12 years old when she was wed to her first husband, and 13 when she gave birth to Henry. How old was Elizabeth, then, a generation later when she married Henry? Actually, not nearly as young as her mother-in-law: she was nearly 20 when she got married in 1486. They ended up having four children that survived childhood, including future King Henry VIII. Tudor History notes that Elizabeth and Henry's marriage appeared to be a happy one, which was unusual in that time given politically arranged marriages.

Only the premiere episode of The White Princess has aired so far, so we've only seen the couple at odds with each other. So while their marriage may start as a business transaction, as actress Jodie Comer noted in an interview with Refinery29 — but from her hints and the teasers, it may not stay that way for long and could eventually blossom into actual love.