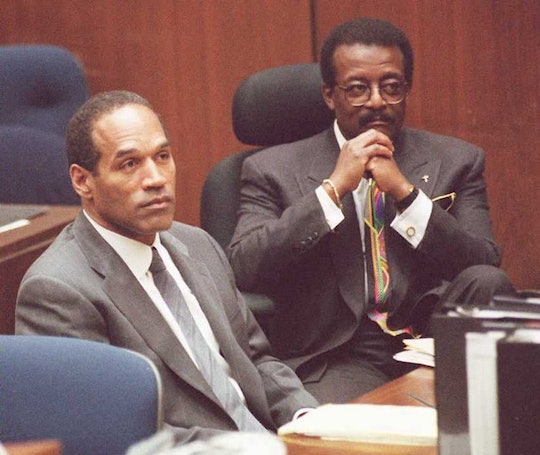 The O.J. Simpson trial is one of the most well known in contemporary American legal history. Although Simpson himself was eventually found not guilty in the murder of his ex-wife Nicole Brown Simpson, he allegedly failed a polygraph while being questioned about his role in the murder. But how reliable are lie detector tests anyway? If you look at them in terms of the Simpson case, they answer is a bit muddy.

Shortly after Simpson was found not guilty of the murder of Brown and her friend Ron Goldman, longtime Simpson friend Rob Kardashian told ABC's 20/20 that he was shocked to learn that his friend had taken, and failed, a polygraph test. He said at the time that Simpson told him he had flunked the test because he was very emotional.

Legal professionals seem to agree that this is a common problem with lie detector tests. The American Psychological Association has even claimed that the science behind polygraphs can be "controversial." Innocent people can sometimes respond like guilty people, depending on how they react under stress and the types of questions asked. Likewise, it is supposedly possible to "beat" lie detector tests if you know how to control your answers and reactions.

Polygraphs are often used to set the tone in crime dramas, and the scene in American Crime Story in which Cuba Gooding Jr. as Simpson takes the lie detector test is perhaps one of the most compelling scenes in FX's new miniseries. Throughout the Simpson trial, his defense team maintained that the defendant had not taken a full polygraph at all, let alone that he had allegedly failed it.

According to a New York Times report from 2000, F. Lee Bailey, a polygraph expert who was testifying because his license was being challenged, testified that he was contacted by Simpson's legal team shortly after O.J. was arrested. Bailey, who was later part of the defense team, testified that Robert L. Shapiro, one of Simpson's lawyers, had shut down Simpson's polygraph test when it looked like it wasn't going well. Bailey also maintained, however, that it was bad practice to give Simpson the test within 48 hours of his ex-wife's murder.

Speculation about Simpson's results has haunted those who believe the former athlete was innocent. In 2000, members of Simpson's defense team even told CNN that Simpson would take another test, if someone paid him. They also told Larry King that lie detector tests were like DNA — if a party wanted more DNA tested, or to take another lie detector test, they should be allowed to do so — especially if they think it will prove their innocence, the defenders maintained.

While polygraphs may not be perfect, they remain an important tool for questioning suspects. But if watching true crime television has taught viewers anything — whether its American Crime Story or Making A Murderer — it's that sometimes, the methods of the American legal system too ought to be questioned.