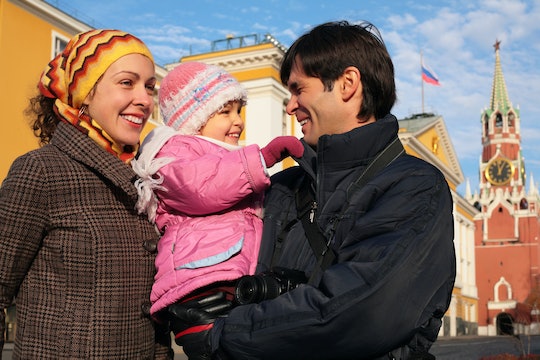 It's all too easy to get stuck in your own cultural bubble, especially as a parent who brings their children up in the same culture as themselves. But learning how people in other countries operate can be beneficial across the board. Take Russia, for example. American and Russian culture differ in many ways, especially when it comes to parenting their children. But just how does Russian parenting differ from American parenting? There are some significant differences that are interesting to consider.

Of course, it's dangerous to generalize any country into a single list of all-encompassing practices. Russia is almost twice the size of America, according to Nation Master, and so it makes sense that across the vast country parenting styles would differ, much like they do here in the United States.

In an effort to better understand fellow humans across the world —and maybe even learn a thing or two from their cultures —in important to learn then general overview of the "parenting culture" in Russia. Whether you've been to Russia, have a Russian heritage, or are just interested in learning from other cultures around the world, learning about Russian parenting styles can method of child-rearing that you may be used to.