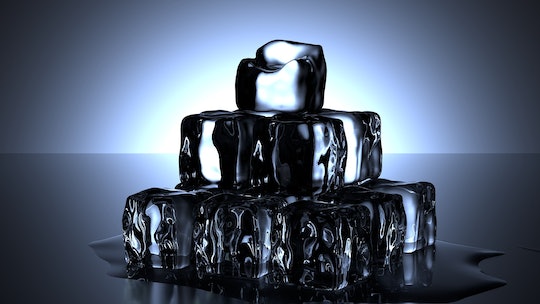 Most people are familiar with the idea of freezing sperm for later use, be it for medical or personal reasons. But bringing the swimmers back from their frozen state is a process all its own. Learning how to thaw sperm effectively can be a nerve-wracking procedure, as there is so much as stake. It's not like letting a chicken breast thaw out in the refrigerator, after all.

There's a lot to learn about cryopreservation, or the process of freezing living materials at extremely cold temperatures. First, though, you have to consider the way sperm is frozen. To lessen the chance of damage, the sperm sample is frozen gradually at a cryobank, according to Sperm Bank Directory. After slowly freezing in liquid nitrogen vapor, the samples are permanently stored in tanks of liquid nitrogen. The temperatures are kept very cold, as sperm cryopreservation appears best at temperatures of -196 degrees C, according to the Fertility and Sterility journal. This ensures that the greatest number of sperm are preserved. In an interview with Romper, Dr. Wendy Chang, a fertility specialist at the Southern California Reproductive Center says sperm work well with cryopreservation because the cells are small and low in water content. Plus, these techniques have been in use since the 1960s, so the whole freezing process is pretty refined by this point.

On the flip side, the sperm thawing process is just as important as the freezing techniques. You don't want those swimmers to experience a temperature shock. Because abrupt changes in temperature can lead to the formation of ice crystals, which can cause sperm cell damage, it's crucial to thaw the sperm in an orderly way, according to Chang. Current techniques involve allowing the sperm to thaw at room temperature for ten to fifteen minute intervals, followed by a few minutes at temperatures of 37°C. Then the sperm is thawed in a water bath at 37°C. (It sounds like a recipe, right?) Lastly, the semen is separated from the chemicals used to protect frozen sperm in a centrifuge. The thawed-out sperm is then reanimated and ready to make a baby.