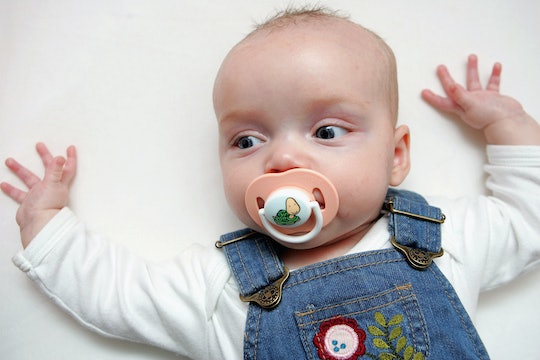 Sudden Infant Death Syndrome, otherwise known as SIDS, is the unexplainable, unexpected death of a seemingly healthy baby. SIDS, sometimes known as crib death, usually occurs when a child less than a year old is sleeping. The terrifying syndrome is the leading cause of death among infants 1 to 12 months old, according to the Centers for Disease Control and Prevention. While medical experts have not yet discovered what causes SIDS, they have been able to highlight some contributing factors. Learning about these contributing factors and how to avoid them through healthcare outreach is one of the key reasons SIDS rates have been decreasing over the past few decades. But with the future of American healthcare so uncertain, some parents are now wondering how SIDS will be affected if Obamacare is replaced.

In President Donald Trump's now-defunct plan to repeal and replace the Affordable Care Act, 24 million more Americans would be left without health coverage in order to decrease the federal budget deficit by $337 billion by 2026. The Huffington Post reports that under this replacement plan, the number of Americans without health insurance would reach 52 million by 2026. If Obamacare was left in place, however, this number would only reach about 28 million by the same time. This means that the uninsured rate would rise from 10 to 19 percent over that period of time.

If this replacement is passed, it would disproportionately affect lower income families in the United States, leaving many without proper healthcare options. And even though there are now fewer documented cases of SIDS in the United States, studies show that low-income families are more likely to have babies that die from SIDS, so taking help away from those who need it most seems counterproductive.

According to a study in the Southern Medical Journal, there is a "significant association between poverty and SIDS at the metropolitan county level," especially for non-Hispanic black and non-Hispanic white populations. A similar study conducted by the National Center for Biotechnology Information found that low-income families suffered from SIDS three times the rate of high-income families. It is believed that this disparity is occurring due to a lack of access to health care for those living in poverty in this country.

The Eunice Kennedy Shriver National Institute of Child Health and Human Development launched the Back to Sleep campaign in 1994, which aims to educate parents about the risks of SIDS and how to prevent it. The campaign, now known as Safe to Sleep, educates parents about the best way to put their infants to sleep. They recommend babies sleep in a crib by themselves and most importantly be placed on their backs. Since the Back to Sleep campaign was launched, there has been a visible improvement in SIDS rates. The only problem, though, is that this important message doesn't reach as many low-income families due to a lack of health care access.

The more people in the United States who have full health care coverage, the more knowledge about SIDS will be spread. If Obamacare is repealed and replaced, there's a chance even more lower-income families will lose access to health insurance — and if this happens, there is a chance that some new parents won't learn about important ways to prevent SIDS.