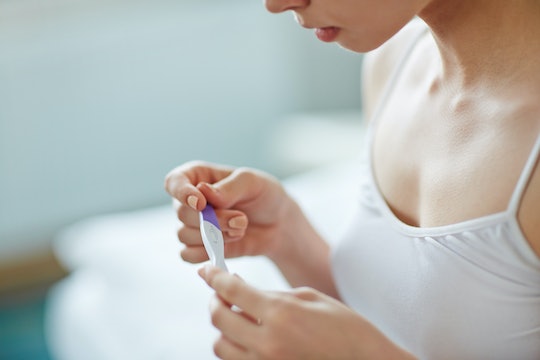 How Soon Can You Get Pregnant After Having An…

Women make the decision to terminate a pregnancy for a wide variety of reasons. Sometimes that decision is difficult to make, and sometimes it's not, but regardless it's a decision every woman in the United States has the legal right to make. Of course, after a pregnancy is terminated it's important to stay as informed as possible about the possibility of future pregnancies. So, how soon you can get pregnant after an abortion? The answer might surprise you but, thankfully, there are numerous birth control options that can prevent a future, unintended pregnancy.

According to Planned Parenthood, one of the nation's leaving providers in affordable health care and sex education, abortions are as common as they are safe. In fact, their site states that, "Overall, 3 in 10 women in the U.S. will have an abortion by the time they're 45 years old." In fact, and according to the Guttmacher Institute, 22 percent of all pregnancies will end in abortion." The majority of women who seek an abortion are also parents. Planned Parenthood states that 6 out of every 10 women who get an abortion are already parents. So while women's bodily autonomy, reproductive rights, and safe, legal, and affordable access to quality abortion care has become a passionately debated, highly politicized topic in the United States, it remains a common medical procedure all women from all walks of life seek out when they need and/or want it.

The American Psychology Association states that it is normal for some women to feel feelings of sadness and loss after an abortion. However, they also point out that abortions do not cause mental health issues.

"There is no credible evidence that a single elective abortion of an unwanted pregnancy in and of itself causes mental health problems for adult women."

In fact, a 2015 study published in the the multidisciplinary academic journal PLOS ONE found that 95 percent of women who have abortions to not regret their decision to terminate their pregnancies. Many of those women also go on to have safe, healthy pregnancies when they're ready, willing, and able.