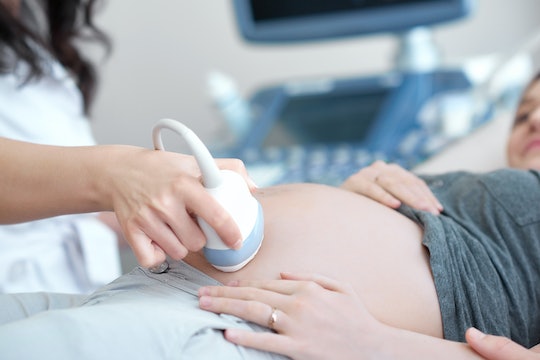 In a 5-4 ruling on Tuesday, the United States Supreme Court struck a major blow to a California law that requires anti-abortion pregnancy centers to inform patients about publicly funded abortion and contraception services, according to USA Today. Supporters of the law say they want the centers to be truthful about what they offer and what options are available to patients, but anti-abortion pregnancy centers believe the law violates the free speech of their employees. The Supreme Court's ruling on crisis pregnancy centers Tuesday definitely affects pregnant women, and the case will now be sent to lower courts for further proceedings.

Let's start at the beginning. In 2015, California enacted a law meant to ensure that anti-abortion crisis pregnancy centers do not, either intentionally or unintentionally, mislead patients who visit the centers, according to NPR. It was meant to make sure these centers didn't use "deceptive practices" while informing patients of what they are, and what services they can offer.

The law also meant to combat the issue of lower-income women possibly not being made aware of the free pregnancy-related services the state of California provides, including prenatal care as well as birth control and abortion. The Reproductive FACT (Freedom, Accountability, Comprehensive Care and Transparency) Act requires clinics that don't offer a range of reproductive care — including services that Medicaid covers — to post signage letting the public know that California does provide free or low-cost access to things like prenatal care, birth control, and reproductive care like abortions, NPR reported.

Both those issues directly impact pregnant people. When you're looking for prenatal care, the last thing you want to worry about is whether the facility you're turning to for care is licensed, and offers all the reproductive care options available to you. The point of the FACT Act was to take away some of that uncertainty, especially when it comes to seeking an abortion, because it made sure clinics had to inform their patients that free or low-cost abortions are available to them elsewhere if the clinic doesn't offer the procedure.

The SCOTUS ruled that the law probably violated First Amendment rights, according to Vox. In addition, the law made it so centers that don't have state medical licenses needed to disclose that fact, and the Court argued that that was also a violation of the centers' constitutional protections, Vox reported. And honestly, that doesn't make a whole lot of sense to me, since crisis pregnancy centers aren't people who are protected under the Constitution.

The four more liberal justices dissented from the Court’s ruling, Vox reported. The ruling directed lower courts to now impose an injunction against the law, though there's a possibility that California might be able to justify parts of the law at some point in the future, Politico reported.

But what happens to pregnant women in the meantime while that's all being worked out? Basically, they don't need to be told, through staff or through signage, in the state of California about their options to end a pregnancy at these crisis pregnancy centers, according to Marie Claire. The centers might have similar names as abortion clinics in the area, and their employees might wear scrubs or white coats, but they might not be licensed medical facilities, even if they might seem to be because they provide services like ultrasounds.

Pregnant women should know every option available to them when they're pregnant, regardless of how staff at crisis pregnancy clinics may feel about the issue. That includes abortion, a legal procedure in the United States that every pregnant person has a right to.

And women should be able to know whether the care they may seek is even available at the facilities they visit for that care. By not disclosing all prenatal care options, and not disclosing what assistance or medical expertise a center can offer to a pregnant person, these centers are creating unnecessary obstacles for pregnant women who deserve all-inclusive care and information.

Justice Stephen G. Breyer, who wrote the dissent, may have said it best when he wrote, according to The Washington Post:

The Washington Post also noted that the California legislature claimed some of these crisis pregnancy centers attempt to trick women into thinking they offer contraceptive services, including abortion, and may even delay a woman until it is too late for her to schedule an abortion procedure.

If there's nothing that makes these centers disclose that they don't offer such services, it stands to reason that women may believe that they do until they're already through the door. Or worse, until it's too late for them to get the care that they want and have a right to.