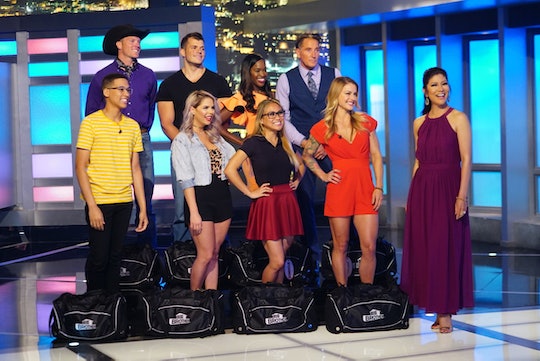 Here's How To Apply For 'Big Brother 20'

Big Brother 19 is about to come an end, which means it's time to look forward to the next season of Big Brother. So here's how to apply for Big Brother 20 so you can enter the house next summer. The Big Brother casting site is now up and running so you can check out the site for the full details on how to enter but here's the highlights.

First, you can either apply online at the site or you can go to an open call (though those don't seem to have been announced just yet). You don't have to do both, but you can if you want to. In order to be eligible to enter, you must be at least 21 years old at the time of the application and you must be a U.S. Citizen.

Additionally, you can't be a candidate for public office and if you're selected for an interview in the semi-finals, you are responsible for paying for your own travel expenses to one of the interview locations. Also, even though Christmas was able to continue competing after she broke her foot and if Raven is to believed about all the ailments she supposedly has, you will need to be in excellent physical and mental health to compete.

Most importantly, you have to be willing to be filmed 24 hours a day, seven days a week, in every room in the house. Otherwise, what's the point of Big Brother, right? If you're cool with all of that, you can apply online by making a video to submit as your audition tape. You'll also need to include a photo and a short bio about yourself. For your bio, you only get 70 words, so make it count.

There will still be multiple episodes each week, which include Head of Household and Power of Veto competitions as well as live evictions. Additionally, there will also be live feeds so fans can watch what the celebs get up to at all hours of the day. The only difference is the season will be a little bit shorter than regular Big Brother seasons. Unfortunately, most celebs aren't down for being trapped in a house for 90 days with no access to the outside world. But honestly, their fans probably wouldn't be happy about it either.

Although the cast for the celebrity edition of Big Brother hasn't been announced yet, fans have already started to make their wish list. Most viewers want to see Tiffany "New York" Pollard in the house. The reality star has already competed on Celebrity Big Brother in the UK, though she did not win. Additionally, a lot of people would also be happy to see YouTuber Shane Dawson be one of celeb contestants this winter. Shane is a self-proclaimed superfan and has made various YouTube videos about the show over the years. However, others argue he's not big enough of a celeb to be in the house.

Hopefully, viewers won't have to wait too much longer to find out who the cast is and when the celebrity edition of Big Brother will premiere.