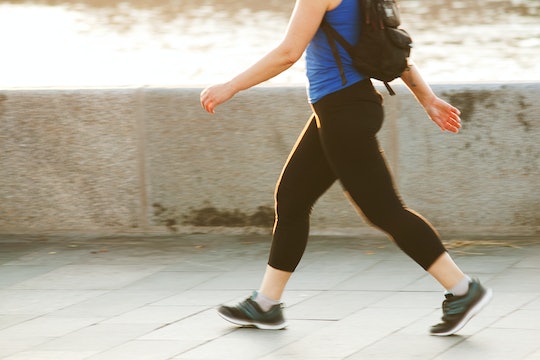 How To Argue Against Your School’s Problematic Dress Code

No matter how much progress has been made when it comes to female empowerment and fighting back against institutionalized sexism, the truth is that the world is full of daily reminders that misogyny is still totally alive and well. School dress codes meant to ensure that students follow certain rules and standards about their clothing choices are found in many schools throughout the country, but while administrators claim that the rules are there for the benefit of the students, the seemingly-arbitrary codes often unfairly target young women, over-sexualize their developing bodies, and can disproportionately affect transgender students and students of color. Wondering how to argue against your school's dress code? It likely won't be easy, but it's definitely worth it.

On paper, there are a number of reasons why people might support the idea of school dress codes: they can be good practice, for example, for when students grow up and will be expected to dress professionally, while others argue simply that, well, rules are rules, and students have to follow them regardless of whether they want to or not. But in practice, many school dress codes seem to be largely based upon the idea that there is something inherently risky or dangerous about young women's bodies, and that they need to be covered up appropriately so as to not distract the boys. And that usually translates into an awful lot of body-shaming and victim-blaming.

Unfortunately, stories of female students being written up or sent home for wearing tank tops on hot days, or shorts and skirts that aren't long enough (even though finding knee-length shorts isn't exactly an easy thing to do when you're 14 years old and still growing) have become pretty common online. Toronto mom Mandy tells Romper that her 18-year-old daughter had been singled out publicly by a teacher last spring and was humiliated due to her outfit, a long floral and tulle summer dress that had thin straps. Mandy says,

She was in a classroom with her friend. The teacher yelled from across the room and addressed her male friend rather than to my daughter about her outfit. She said 'your friend is wearing a very questionable outfit. That's against the three B [belly, breast, and butt] code.' He stood up for her and responded that she looked great, and my daughter defended herself and said there was nothing wrong with her outfit. But the teacher called her out in front of the entire class and asked her to stand and show everyone what she was wearing. She refused, and left the classroom in tears.

Mandy said she did meet with the school principal a week later, who apologized to her daughter for the incident. But with summer approaching, Mandy said it was more or less forgotten, and says she doesn't think much has changed overall since then in terms of how the school enforces dress code violations.

Unfortunately Mandy is also far from being alone in her experience. In August 2015, Alabama mom Deanna Wolf took to social media claiming that her daughter was barred from attending class because she wore leggings to school without "a dress, shorts, or a skirt which is no shorter than 3 inches above the knees" on top, even though her daughter was wearing an oversized sweatshirt that offered the same amount of coverage. Wolf wrote, according to her Facebook post:

I would like someone to please explain to me how this is justified. Why single a student out, put her in a locked room and inhibit her learning because of one faculty member's INTERPRETATION of her clothing? It boils down to the claim that girls' 'revealing' clothing is a distraction to male students ... You are telling girls that their bodies are to be hidden, and that boys cannot control their minds if they see the basic female figure. It's disgusting and it belittles both sexes. Not to mention that this whole situation clearly states that a girl's education has less importance than a boy's education, and that her right to said education is secondary to providing a distraction free learning environment for the opposite sex.

Mandy and Wolf's concerns are shared by many, many parents, who worry about the messages their daughters — and sons — are being given by dress codes that place so much emphasis on sexualizing young women's bodies, and assuming that young men are basically helpless against their urges. It's wrong, for sure, but how is it even legal?

According to the American Civil Liberties Union, federal law dictates that schools cannot have rules that apply differently to boys and girls, and can't reinforce stereotypical ideas about gendered dressing (that only girls can wear skirts, for example, or that only boys can wear pants). But when it comes restrictions on so-called "revealing" clothing, unfortunately, there's a major grey area, and schools generally have discretion. Legally, dress codes must be gender neutral, and they also have to be enforced in a way that doesn't target one gender more heavily over another. But it's also within a school's right to determine things like acceptable skirt lengths, or whether things like leggings, or tank tops or yoga pants are considered appropriate, meaning that even if the dress code is technically written in a gender-neutral way, the chances of it actually being enforced as such are pretty slim.

But, of course, while many dress codes unfairly target girls in general, some female students are at a greater disadvantage. According to The Atlantic, school dress codes can also be used to discriminate against gender non-conforming and transgender students — not allowing a student to dress according to their gender identity, for example, or not allowing male students to wear accessories considered acceptable for female students. In fact, according to The Atlantic, a 2013 study found that nearly 32 percent of trans students were prevented from wearing clothes that matched their gender identity — even though that shouldn't be allowed, based on federal rules.

And let's not also forget that dress codes are often disproportionately discriminatory against black girls: according to NPR, 16-year-old twin sisters Mya and Deanna Cook were told by their Boston-area school that their braided hair extensions violated the school's dress code (for being "distracting"). When the girls' parents refused to "fix" the girls' hair at the school's request, Mya and Deanna "were removed from their extracurricular activities, barred from prom and threatened with suspension if they did not change their hair."

The worst part? The girls' mother, Colleen, alleged that it was far from being the only instance of discrimination against black students' hair. She said that school administrators "have routinely reprimanded black students for dress code violations involving hair," and that "other black girls have been pulled out of class ... lined up, asked if they had hair extensions and given detention if they did." Yet the twins' yearbook clearly contained photos of white female students with dyed hair and extensions — hair alterations Colleen claims the school said were less obvious. The case went to court, and in May, according to Jezebel, the state attorney general of Massachusetts ordered the Mystic Valley Regional Charter School to end its ban on hair extensions, a policy the attorney general described as "discriminatory and unevenly enforced."

So what can you do to fight back against these unfair dress codes? For those who feel they've been unfairly targeted by teachers and school administrators, the ACLU says the best thing to do is to "remain calm" and compliant, but to be sure to keep a copy of any and all paperwork that could help you fight for your rights. At that point, the ACLU recommends getting in touch with your local chapter of its organization.

Many other parents and students though have opted to take things into their own hands. There are those like Mandy and Wolf who have shared their stories publicly, while in some cases, students have organized rallies and petitions. In 2015, more than 100 students at Montclair High School in Montclair, New Jersey, organized to protest the school's dress code, which students said unfairly targets women, according Mashable. In an interview about the protest with TODAY, MHS student Kate Brown claimed that female students were "made to stand up in the middle of class to check the length of their shorts," and that male security officers were often the ones enforcing the policies. The students also started an online petition, using the hashtag #IAmNotMyDress, and according to the group's Facebook page, their principal did ultimately agree to remove the words "distracting," "excessive" and "revealing" from the student handbook.

Fighting back against unfair dress codes can definitely feel like an uphill battle, but the seemingly endless stories of students being humiliated by policies that were supposed to be designed to support their learning are beyond infuriating. It might be easier to stay quiet when school dress codes are enforced unfairly, but speaking up against sexist and discriminatory policies are the only way they're ever going to change.