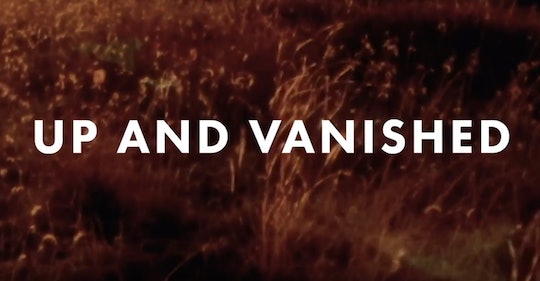 Want To Ask 'Up & Vanished' A Question? Here's How

One of the things that has made Up & Vanished such a successful and intriguing podcast is that you feel like you'd know someone just like the show's subject. Kristal Anne Reisinger, like last season’s Tara Grinstead, was just a normal woman, though she had her struggles, going about her life until she disappeared. The podcast has captured the interest of listeners from all over, and if you’re tuning in and want to connect, here’s how to ask Up & Vanished a question about Kristal Anne Reisinger’s disappearance.

The podcast has made itself available to listeners in many ways, which is a good thing since it is investigative journalism, unfolding even as it’s taped and aired. It was, after all, a tip following Season 1 of the series that led to the arrest of two men for Grinstead’s murder, according to Rolling Stone. So, perhaps recognizing the power of the collective mind, host Payne Lindsey and the other producers have been diligent about creating avenues to get in touch with those following along.

Twitter is the most obvious choice. Even if you’re not a follower of the show (@upandvanished) you can still tweet to the podcast. Of course, that means many people will probably see your comment, so if you’re looking for a little more privacy the show has provided an outlet for that as well.

On the website for Up & Vanished is a contact page which lists a phone number (770-545-6411) that can be used to leave a voicemail. There’s not even the need to talk to someone so the call can truly be as anonymous as you’d like. Alternately, on the same page is a contact form that can be filled out, but it does require a first and last name, as well as an email address.

If you like to kick ideas around with other people the show also has an active discussion board that hosts conversations on both seasons of Up & Vanished. There, users are talking about the latest episode and what they think of all the latest developments. Someone has a theory about organized crime. Someone else wants to know how many mine shafts are within a certain radius. Sadly, another post even asks for help finding a missing person in their life.

The Wrap reported that there is a bit of an expectation now that perhaps the attention generated by the show will lead to some kind of breakthrough in the case, similar to Season 1. “[Saguache county sheriff] Warwick said he hopes someone will come forward with a key clue to help solve the case.” The news outlet also mentioned that a $20,000 reward has been issued for information that leads to an arrest and conviction of any guilty parties.

Season 2 of Up & Vanished is more popular than ever, with 17 million downloads, according to Fast Company. As the outlet noted, that’s like the whole population of the Netherlands working on a missing person's case.

With all these minds working together, it’s hard not to be hopeful for a positive, or at least conclusive, outcome in the tragic case of Reisinger’s disappearance.