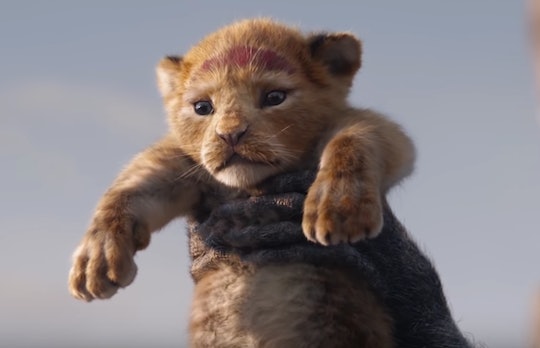 Flicks And The City Clips/YouTube

Psst! Did You Know You Can Lock Down 'Lion King' Tickets Now? Here's How

There is just a few more weeks until the live action version of Lion King premieres, and that could not be any more exciting. Theaters will be packed to hear the star studded cast voice the live action remake of the Disney classic. But people looking to beat the crowds and save some time are probably wondering how to buy Lion King tickets in advance, so they can have the best experience ever when the movie hits theaters.

In three weeks, on July 18, people will be able to head to their theaters to witness a new Disney remake unlike any other. People will actually be able to see Simba and Nala, as if they were real animals in the jungle, rather than the cartoon versions they've grown to love. The Lion King will be as realistic as possible and people won't even have to travel to the jungle for it.

But they might as well prepare as if they're heading to the jungle. Let's be real, going to the movies isn't easy and there is a lot of preparation involved. Buying movie tickets ahead of time is the easiest way to save time — you can just walk right in and find your seat. And luckily, people can purchase Lion King tickets in advance, online, right now. All that anyone has to do is visit Fandango.com, type in their location, and available movie times will pop up. Once they find a time that is suitable for them, they can enter in their payment and they're done.

All that is left to do is remember that the tickets to the movie were purchased three weeks ago. But that doesn't seem like too hard of a task.

If Fandango isn't anyones favorite, tickets can also be purchased on movietickets.com, or on the website of anyone's local movie theater. Those who really want to see the movie should act fast and buy these tickets now — it's pretty likely that it will sell out the day it premieres. And since they can purchase the tickets online ahead of time, it makes so much sense to do so sooner, than later.

If people already thought to purchase their tickets online ahead of time, they wouldn't be the first. The Lion King is already breaking box office records — this remake is expected to have the second-highest best first day ticket sales of the year (next to Avengers: End Game), according to People. In addition to already making records, the movie is supposed to be "the movie of the summer" which means everyone will be trying to see it.

It's easy to see why this movie is already so hyped up. It features songs from Beyoncé, has a star studded cast, and looks visually stunning (from all of the previews and trailers). Not only this but the movie looks like something all audiences would want to watch, which makes going to the movies this summer all the more fun.

But having to deal with the hassle of preparing for the movies definitely takes the fun out of it. Luckily, when people buy their tickets at home, it saves everyone from having to deal with that headache. Instead, they can just zoom right on over to the concession stand, which is a more fun line to wait in, anyway.