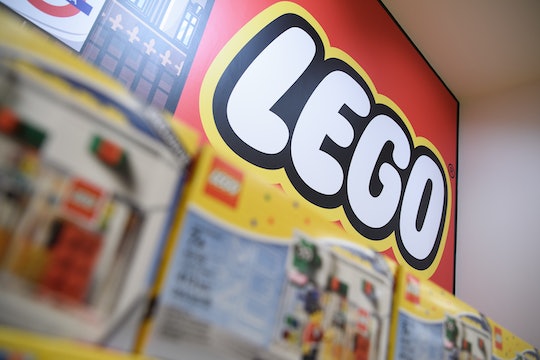 How To Buy The New LEGO Women Of NASA Set

LEGO may as well be the building bricks of childhood for millions of kids — and adult LEGO enthusiasts — all around the globe. On Tuesday, the 84-year-old toy maker's latest LEGO set announcement has fans rejoicing for its progressivism by introducing "The Women of NASA." Recognizing the female engineers and scientists that have helped launch humans into space is the perfect way to celebrate the start of Women's History Month. Here's what you need to know about how to buy the new LEGO Women of NASA set, because these are guaranteed to be treasured collectors's items.

In a post at the company's official blog, LEGO announced that after reviewing 12 very unique LEGO set project ideas, The Women of NASA had won the Second 2016 Review — because of course LEGO has an official review board. The toymaker regularly invites its fans to contribute ideas for new LEGO sets, where the lucky winners get the privilege of seeing their ideas come to LEGO life.

The Women of NASA set was created by Maia Weinstock, deputy editor of MIT News in Cambridge, Massachusetts. "Women have played critical roles throughout the history of the U.S. space program," Weinstock said in her LEGO idea proposal. "Yet in many cases, their contributions are unknown or under-appreciated — especially as women have historically struggled to gain acceptance in the fields of science, technology, engineering, and mathematics (STEM)."

Now, before you go running to your nearest LEGO Store, hang tight. It took seven months just to get the proposal idea reviewed and approved by LEGO. According to the company's blog, the LEGO Women of NASA set is still in the process of finalizing the winning selection, so the toymaker advises fans to stay tuned for more details about pricing and availability either late 2017 or early 2018.

Weinstock's Women of NASA LEGO set will include five notable and diverse mini figures of women who have helped advance the work of NASA.

Margaret Hamilton was an MIT computer scientist who helped to develop the on-board flight software that sent men to the moon for the Apollo missions in the 1960s. I'm a big fan of the historic "Men Walk on Moon" copy of The New York Times Hamilton's minifig is shown holding.

Katherine Johnson was one of the three black women whose story was told in the Oscar-nominated film, Hidden Figures; she was played by actress Taraji P. Henson. Johnson was a mathematician, space scientist, and researcher. Her mad math skills helped plot the trajectory that Apollo 11 needed to actually land safely on the moon.

Sally Ride was the first American woman in space in 1983, as an astronaut for NASA. After retiring from NASA, she founded Sally Ride Science, a company that promotes girls exploring and pursuing careers in the sciences.

Called the "Mother of Hubble," Nancy Grace Roman is an astronomer who also became one of the first female executives at NASA.

Mae Jemison was the first African-American woman in space in 1992. After retiring from NASA, Jemison has gone on to found and establish several companies and organizations that promote learning in technology and science.

With women in STEM getting a big boost from films like Hidden Figures, it's awesome that LEGO has recognized the important contributions that women have made for space science. Now all we need is a LEGO Hidden Figures movie.