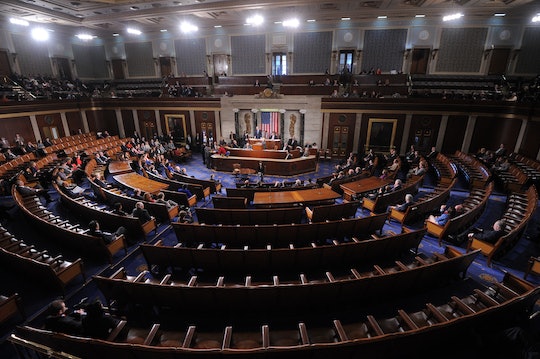 There's a huge number of factors that made this year's presidential election interesting, from the nomination of unorthodox candidates to the Russian hacking of party servers. It also happened to be one in only five elections throughout American history in which a candidate won the presidency without actually winning the popular vote, leaving many Americans feeling understandably jilted. If you count yourself among those numbers, here's how to call your electors ahead of the vote on Dec. 19.

Before getting started, it's important to note that a "faithless" elector's change of vote has never actually swayed an election before. However, according to The Independent, President-elect Donald Trump lost the popular vote by the widest margin in American history, and Democratic candidate Hillary Clinton snagged at least 2.8 million more votes than he did from the public. With those numbers in mind, Clinton supporters have been hoping to convince electors to cast their votes in a way that more accurately reflects the popular vote.

There are several ways to go about contacting your electors, if you'd like to join those Clinton supporters. Both Ask the Electors and DemocrEC allow you to email Electoral College voters in order to express your opinion, and it should only take you about a minute to fill in their forms with some basic information. You can also add personal messages, which can be as long or as short as you'd like.

If you'd like to get more personal, the Daily Dot also has a fantastic list of each state's electors, along with links to their contact information when available. If your electors' contact information isn't readily available, you can always call your local Republican party and see if it's able to share your local electors' phone number or email. No matter what, though, make sure you don't go hunting for any electors' private information. Harassing people is never cool, and electors have already been on the receiving end of plenty of uncool behavior from voters this year.

Again, judging by past Electoral College votes, calling your electors might not change the outcome of the election. However, fighting for what you believe in is important, and getting politically active is never a bad idea. And who knows? According to The Philadelphia Inquirer, some electors are already receiving up to 5,000 emails, phone calls, and letters a day, and at least one Republican elector has said he will not cast his vote for Trump. With enough pressure, the Electoral College might just surprise everyone. Just make sure you reach out to your electors before they cast their votes on Dec. 19.