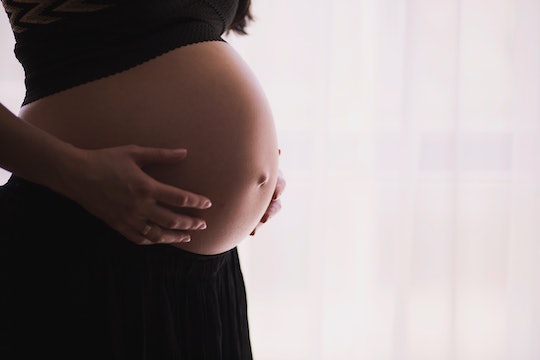 Call To Protest Pregnancy As A Pre-Existing Condition

As bipartisan criticism about the American Health Care Act has raged on, the Trump Administration has quickly begun offering possible changes to the act in order to pacify Republicans who want more cuts included. One of the scarier changes being considered would strip insurers of the need to provide essential health benefits, including maternity care, pregnancy, and childbirth. If you're part of the large percentage of Americans who have kids, want them, or simply don't believe growing your family should mean going into debt, here's how to call your rep and tell them pregnancy shouldn't be a pre-existing condition.

The Trump administration's first draft of the AHCA didn't plan on rolling back Obamacare's mandate that insurers had to, by law, cover 10 essential health benefits. According to The New York Times, Trump agreed on Thursday to remove requirements for basic benefits in order to appease members of the conservative Freedom Caucus. That's a scary change for women, who — before Obamacare set basic requirements — often had to pay more than men did for the exact same coverage simply because they were women and they had the capacity to have children. Insurance companies could also legally deny pregnant women (or women who could become pregnant in the future, which by the way is many of them) coverage, according to The Huffington Post.

The GOP's reasoning for that? Maternity care and pregnancy costs drive up plans for everyone, and as White House Press Secretary Sean Spicer said during a press briefing on Tuesday, "If you're an older man, I think you can generally say you're not going to need maternity care."

If you're among those who believe women's health needs are just as basic as men's (and that pregnancy should be covered by all genders that are involved in making a baby), consider calling your representative as soon as possible and letting them know that pregnancy shouldn't be a pre-existing condition. You can find your representative's phone number online, and say something along these lines:

Hello, my name is _________, and I’m calling today from _________ to urge Senator/Representative _________ to support women's health care in the United States and to do everything in their power to ensure maternity care, pregnancy, and childbirth remain an essential health benefit covered by insurers. I would like to know how Senator/Representative _________ plans to protect women's health care benefits, so that I can fully support them and spread further solidarity.

Of course, feel free to change that script to suit your needs — you can ask whether your representative is planning to block the repeal of Obamacare or to defend Planned Parenthood's funding, as well. Because as Michigan Sen. Debbie Stabenow told the Huffington Post:

After you've called your representative, make sure you encourage others to do the same, and share your message widely on social media. Talk to your friends about what's at stake and encourage them to speak up. After all, being a woman or a mom should never mean having to pay more for healthcare or losing access to life-saving coverage.