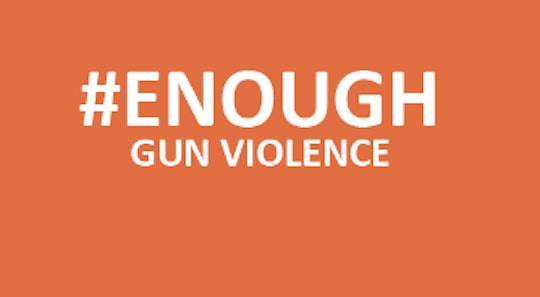 How To Change Your Avatar To Support Orlando Victims

Early Sunday morning, a gunman opened fire at the Pulse nightclub, a gay nightclub in Orlando. After a shootout with police and a three-hour standoff and hostage situation, 50 people were killed, including the gunman, and another 53 were injured, according to CNN. Now, instead of turning to Islamophobia or hate, people are trying to offer support, monetary donations, and calls for action in the aftermath of what is officially the worst mass shooting in U.S. history. Though it's a very small action, here's how to change your avatar to support Orlando victims.

A glance at Twitter's trending topics Sunday made it clear that the conversation about Orlando was mostly focused on support for the victims and their families, and both of the hashtags #LGBT and #GunControlNow were prominent. Many called for "prayers" and "thoughts" for the victims and their families, but, after scrolling through posts with the #LGBT tag, it was clear that the LGBT community wanted more than just thoughts and prayers. Action is necessary, they said. Whether that's finding and contacting your local representative about gun violence prevention measures or donating to an LGBT rights organization in your area, people need to do more. After 26 people were killed in Newtown, Connecticut — many of them children — and gun violence prevention measures still didn't change, it's clear that people need to get up and shout after this tragedy, lest it pass by and stagnate like the shooting at Sandy Hook Elementary.

Still, one of the first and easiest ways to just show that you care about the tragedy and the LGBT community is to change your avatar on Facebook or Twitter. The Brady Campaign to Prevent Gun Violence sent up an easy page so that you can change your Facebook and Twitter avatar to demand better gun violence prevention measures.

The Brady Campaign set up this Take Action page. On it, you can sign up for email alerts on ways to affect meaningful change when it comes to gun violence prevention measures. And, if you have a friend who thinks that "gun violence prevention" means taking people's guns, you can assure them that isn't the case. Instead, organizations are like Brady are lobbying for things like universal background checks to make sure that people convicted of crimes cannot buy weapons and laws that would prevent people on the terror watch list from buying weapons (yes, currently people suspected of having connections with terrorism can purchase weapons in the U.S.).

Once you click "Change My Profile Picture" on the Brady Campaign's Take Action page, you will be redirected to a Twibbon page that will allow you to change your Facebook or Twitter avatar. You can choose which site you want to change the photo on, and it will walk you through a simple authentication process.

Once you set the photo, the Brady Campaign will share your photo on Facebook or Twitter with a message of support asking others to take a stand and say "#Enough Gun Violence." You have the option to uncheck a box, though, if you'd like to just share your image without the message.

After you've completed setting up your new profile image, consider signing a petition for common sense gun violence prevention measures or donating to an LGBT organization. Or just consider donating blood. Take action, because that's what will actually help prevent future tragedies like this. We can't wait around until we have another "worst mass shooting in U.S. history."

More Like This
13 Aquarius Baby Traits & How To Support Your Little Water Sign
Keke Palmer Casually Drops Her Baby's Sex On Jimmy Fallon
Does The FDA's Plan To Limit Lead In Baby Food Go Far Enough?
Freeze! The Single From The New 'Bluey' Album Just Dropped
What Parents Are Talking About — Delivered Straight To Your Inbox