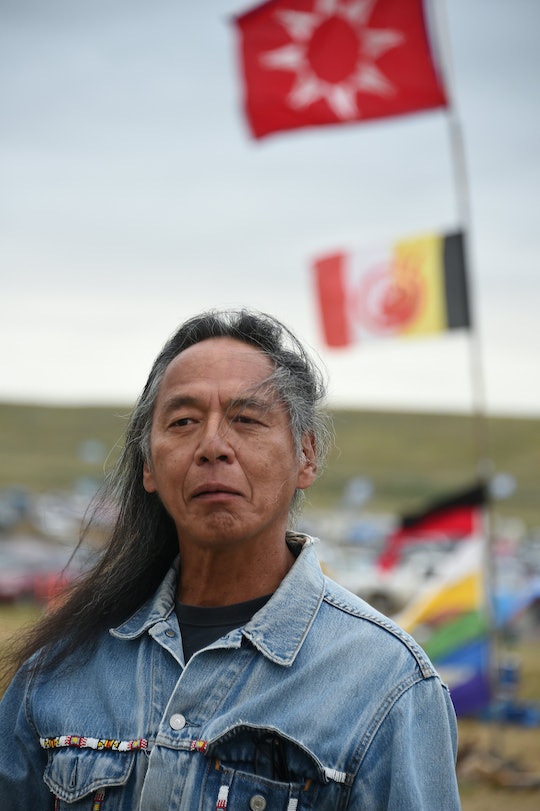 How To Check In To Standing Rock Correctly, Because It Could Help The "Protectors"

As authorities clash with protesters over the construction of the Dakota Access Pipeline near Native American reservations in North and South Dakota, those ardently opposing the project appear to be employing evolving tactics. They've already set up "winter camps" to physically block the path of the development, they've weathered the eruption of violence between some demonstrators, police, and soldiers that resulted in arrests, and some have even begun handcuffing themselves to construction equipment. Now, some invested in the cause are encouraging all people, everywhere, to check in to a main protest location on Facebook to "overwhelm and confuse" authorities. It's unclear how effective this tactic really is, but anyone who wants to give it a try should know how to check in to Standing Rock correctly.

Update: Snopes.com's Kim LaCapria talked with a representative from the Morton County Sheriff's Office, who said that police were not using Facebook check-ins as a means to target protesters. In fact, if the department were using geolocation tools to identify protesters, the voluntary check-ins would not be pertinent.

By virtually checking in at the North Dakota location near the Standing Rock Sioux Reservation, even those who aren't physically joining the Native Americans and activists on site declare that they, too, are concerned about the effect it could have on the native people. Demonstrators believe that the $3.7 billion project that would move domestic oil through four states could destroy prayer and burial grounds, endanger the water supply, and threaten the tribes' economic well-being.

To avoid that and keep their protests strong, some are appealing to social media to thwart law enforcement's efforts to clear a way for construction to continue unimpeded.

Assertions that the local sheriff's department is using the Facebook check-in feature to identify and target protesters have begun to circulate the social media site, as have calls to check in at Standing Rock to complicate these suspected efforts. The most ubiquitous of these virtual calls to action asserts that the "Water Protestors" are imploring people to simply say they're at Standing Rock, even if they're not:

The Morton County Sheriff's Department has been using Facebook check-ins to find out who is at Standing Rock in order to target them in attempts to disrupt the prayer camps. SO Water Protecters are calling on EVERYONE to check-in at Standing Rock, ND to overwhelm and confuse them. This is concrete action that can protect people putting their bodies and well-beings on the line that we can do without leaving our homes. Will you join me in Standing Rock?

Romper reached out to the Morton County Sheriff's Department to inquire about whether it is actually using Facebook as a tool to suppress protests, but has not yet heard back.

Either way, checking in at Standing Rock is such an easy process that those who simply wish to express their solidarity with the cause can do so pretty quickly. On both iPhone iOS and Android, all users have to do after making sure to turn on Location Services in the app is to tap "Check in" at the top of the news feed and search for Standing Rock. After writing an optional accompanying status update, go ahead and post, and the deed is done. But, as many posts are pointing out, be sure that the update is Public and any status that says you're simply trying to help protestors is Private.

Police are likely well aware of this internet campaign, so it's not clear how helpful doing this really would be to protesters. But those who are with the demonstrators, if only in spirit, can use it and know they lent at least some modicum of support in the much bigger fight to stop the pipeline.