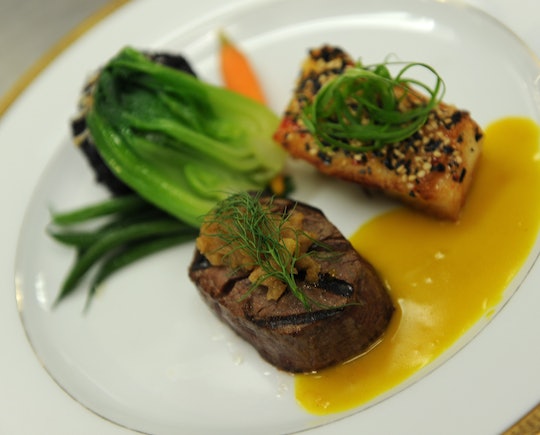 When you have the time, there’s nothing quite like a meal that cooks up gently in a slow cooker. But even when you don’t have hours to wait before dinner, there’s still a way to enjoy those beloved crock pot recipes. In fact, learning how to convert slow cooker recipes to the pressure cooker will expand your culinary options like nothing else. You can still enjoy tender meats and tasty beans in far less time.

First, the most important rule is to consider your liquid content. Pressure cookers require extra liquid in order to cook, whereas slow cookers do not, according to The Spruce Eats. Without enough liquid, the pressure cooker can’t create enough pressure to do its thing. The exact amount will vary by brand, but the ever-popular Instant Pot requires about 1 cup of liquid, minimum, in order to function properly, according to Dad Cooks Dinner. Keep in mind that this is the smallest amount required, and that larger recipes may require more added liquid. Water, juices, stocks, and even beer or wine can be used for the liquid, whereas super-thick sauces or creamy soups might not work as well, as further noted by The Spruce Eats. (Just note that alcohols won't evaporate in the pressure cooker.) Don’t be afraid to experiment a little with different liquids in your recipe, either. Something as simple as chicken stock can make a rice dish pop with flavor.

Next, the cooking time will need to be adjusted. This is where the pressure cooker shines. Whereas a slow cooker lives up to its name, the pressure cooker can take a frozen dish and cook it in almost no time, as noted by TIM Talks. Although the exact measurements may vary depending on the recipe, there's an easy rule of thumb you can keep in mind. "If it’s a meat-based dish that can be cooked 8 hours on low or 4 hours on high in a slow cooker, it’s almost guaranteed that it will be done to perfection in 25-30 minutes in a pressure cooker," wrote Katie Kimball of Kitchen Stewardship. If you're working with an Instant Pot, use the Meat, Poultry, or Bean button accordingly to get the proper temperature. Otherwise, check your pressure cooker's manual to make sure you get the temp correct for that dish.

That said, not every crock pot recipe is ideal for the pressure cooker. For instance, recipes that call for a crunchy, fried coating aren't necessarily great in the pressure cooker, and tender cuts of meat might not fare well in it, either, according to Traditional Cooking School. But if you're making an everyday cut of meat, chili, or some other simple dish, then the pressure cooker is your best friend.