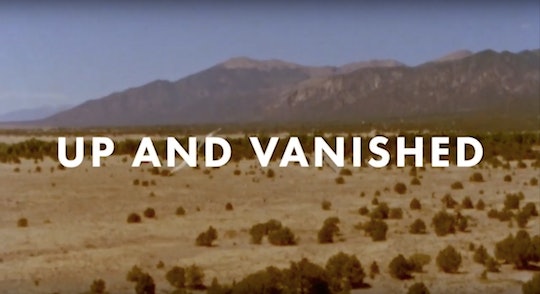 How To Donate To Kristal Reisinger's Daughter Akasha & Offer Your Support

If you've been listening to Tenderfoot TV's "Up and Vanished" podcast, you're familiar with Kristal Reisinger's story. This Colorado mom disappeared in July of 2016, leaving behind a daughter. It's a story that many fans of the podcast couldn't just shake off. Here's how you can donate to Kristal Reisinger's daughter Akasha to help out after the disappearance of her mother.

"Up and Vanished" is a podcast covering missing person cases, as outlined by its website. In season one, producers focused on the disappearance of Tara Grinstead, a former beauty queen and teacher who went missing in 2005. As reported by E! News, the podcast ended up being influential in helping police potentially solve the 12-year-old cold case.

Now, the podcast is back with Season 2 and a new focus: the disappearance of Kristal Reisinger, who suddenly went missing from the town of Crestone, Colorado. Reisinger was 29 when she disappeared, allegedly after going to a full moon drum circle, as E! News reported.

"Google it all you want, but you're not gonna find much, and that's why we're spending so much time in this tiny town, to give answers to people," host Payne Lindsey said in an interview with The Wrap, ahead of the season's release.

With the season wrapping up, many people found themselves wondering how they could help support Reisinger's young daughter. Luckily, there's one sure way for people to help.

Tenderfoot TV created a GoFundMe specifically to support Reisinger's now 5-year-old daughter, Kasha, who is now living with her father, Elijah Guana. In the fundraiser's description, the producers wrote:

Kasha has reached an age where she's realized her life is different from many of her classmates' lives. She misses her mother dearly and has begun asking difficult questions about her whereabouts.

Reisinger's disappearance has impacted numerous people in different ways, but one of the consequences for Kasha is that she's now only financially supported by one parent.

"We've learned so much about Kasha and her family throughout this process. Our hope is to provide something positive for Kasha, despite this tragedy, by offering some financial assurance for her future," the producers wrote. They added:

Of course, nothing can replace the presence of Kasha's mother, but we'd like to do what we can to help. Whether it be for college, living costs, or healthcare, 100 percent of these donations will go directly to a trust for Kasha.

The fundraiser was posted with a $30,000 goal. In three days, the campaign has managed to raise $8,870. People have even commented on the campaign with words of support.

"THANK YOU to every single one of you! Her life will forever be better," one person wrote.

One person shared how they were a single parent as well, writing, "I am a single mother with two children, one being a 5-year-old little girl that loves Ghostbusters as well! Kasha, you are beautiful and deserve the sun and the moon :)"

"For Kasha and her brilliant future. When things get tough, remember you are a phoenix. & in memory of her mother, Kristal," another added.