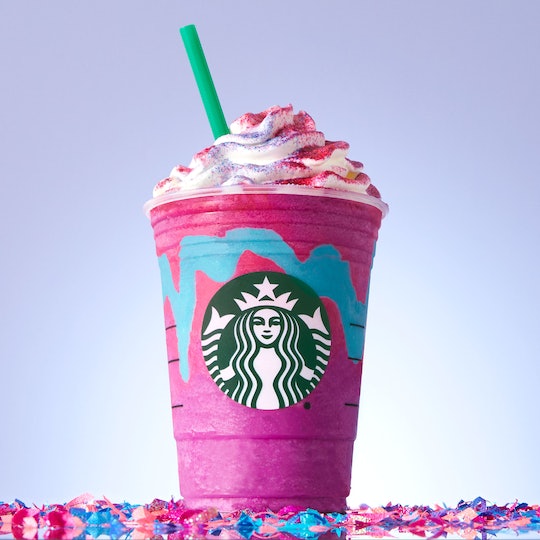 As far as Starbucks is concerned, the Unicorn Frappuccino was a big moment in its history. Selling out quickly at many locations, the Unicorn Frappuccino drove big sales to Starbucks, according to CNBC. It caused a big stir on social media, and even months later there are new tweets about the #unicornfrappuccino all the time. This drink made an impact, to say the least, so it's an excellent and timely costume choice.

And if you're wondering how well a frozen drink translates into costume form, the effects may be better than you think. There are some excellent Starbucks Halloween costumes out there, as noted by Bustle. If you can print out the Sbucks logo and craft some whipped cream out of feather boas, you're well on your way to costume greatness.

To make this costume even more fun, though, fully embrace the unicorn half of the equation. Bright colors, glitter, and a little bit of magic will take this costume to the next level. Be sure to put your own spin on the look. I mean, if you ever have the impulse to roll around in body glitter before going to a party, this is the perfect excuse.

Any bright pink, purple, or fuchsia outfit will work for the costume's base. This bright pink dress is a perfect start.

The wavy line of blue really sets off this drink. You can approximate it with a bright blue scarf tied loosely around your waist.

The cream is key, so layer a soft pink boa around your neck for the fluffy factor. White or lavender boas would also do the trick.

This aspect of the costume can be as subtle or bold as you want. The unicorn women's costume wig is a sweet option. Or, if you want to freak out all of your friends, go for the magical unicorn mask, which is made of nightmares.

Put it all together and you have the top trending Halloween costume for 2017. It's perfect. This limited edition look will earn you some new fans, although it might strike fear into the heart of any nearby baristas.