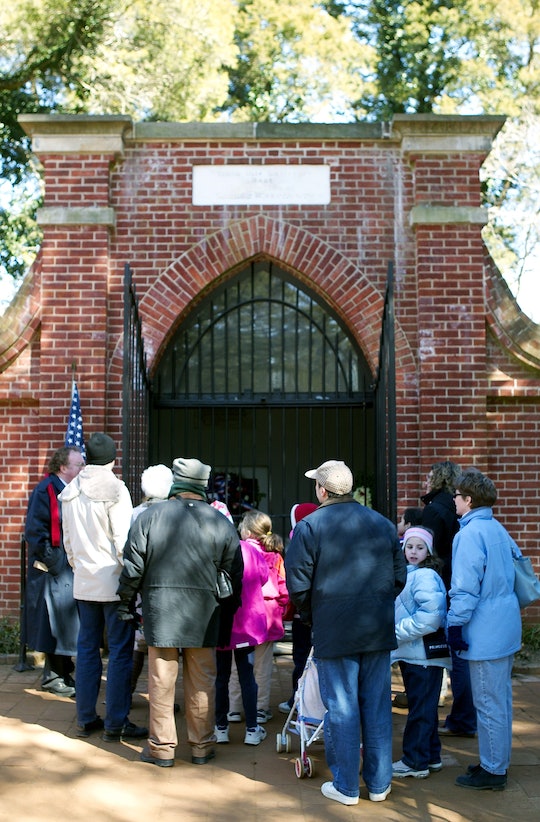 How To Explain Presidents Day To Your Kids

For many American citizens, Presidents Day has become synonymous with having a three day weekend. While that's definitely something to look forward to, the holiday is actually meant to celebrate American history. It can get confusing, though, because it's technically a state holiday. Essentially, that means that Presidents Day is defined differently in every single state. This can all get a bit stressful, too, if you're trying to explain Presidents Day to your kids, in a way they'll actually understand. The best way to do that is try to make your explanation simple, straightforward, and as educational as possible.

Presidents Day falls on the third Monday of February every year. This date was chosen in honor of our nation's first President: After George Washington passed away in 1799, Americans began to unofficially honor the late President's life on the date of his birth, Feb. 22, annually. The U.S. Government recognized Washington's birthday as an official holiday in 1885, however, over time, the holiday's date was changed to be on a Monday every year. Once the date of the holiday was changed, the official title changed with it, making the holiday originally meant to honor and celebrate George Washington more of a general holiday, and renaming it Presidents Day.

In some states, Presidents Abraham Lincoln and Thomas Jefferson are also honored. Lincoln's birthday, like Washington's, falls in February. Things start to get a little more complex from there, as Jefferson' birthday is in April. In general, though, Presidents Day is widely recognized as celebrating every President that has held office. That can be a lot of dates and facts for young kids to keep track of, and the minutiae of Presidents Day history might make the real meaning of the day go in one ear and out the other.

An easier way to explain Presidents Day to your kids in a way they will fully understand is, as mentioned, by keeping it simple and straightforward: Presidents Day was originally meant to honor our very first president, but has grown to honor every President for their service to our country. From there, you can use the conversation as a gateway to explore important moments in our country's history, as well.

Instead of overwhelming kids with data about why Presidents Day is held on the third Monday of February, parents can use this time to teach their kids about certain president's legacies. For example, parents could tell their children that President Lincoln abolished slavery and that George Washington lead us through the Revolutionary War. Parents can even use this time to talk about modern presidential history, as well, reminding their kids that President Obama was the first black president of our country. They might find it cool that history is being made during their own lifetime.

The meaning of Presidents Day doesn't have to get bogged down with a ton of facts. Presidents Day can be a great way to teach your kids a little bit more about their country and those who have lead it throughout history. While we may not always love of our elected officials, we can always find ways to learn and grow — little ones most of all.