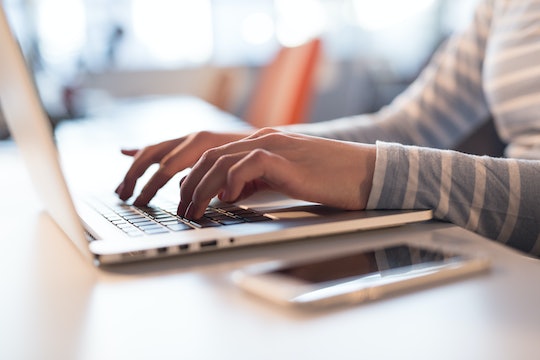 The Federal Trade Commission (FTC) has announced that anyone whose information was exposed as part of the 2017 Equifax cybersecurity breach can now file a claim. While the U.S. credit reporting agency agreed to pay millions as part of its settlement agreement, individual payments aren't expected to be high. Still, if you're among the 147 million people whose information was compromised in the breach, you're likely wondering how to file an Equifax claim?

Earlier this week, Equifax announced it had agreed to pay close to $700 million to settle federal and state investigations into the enormous data breach. The settlement, which is still awaiting final approval by the court, is widely considered to be the largest ever for a data breach and could result in millions of U.S. consumers being compensated, according to USA Today.

But perhaps you're not even sure if you were among the millions impacted by the breach. Thankfully, there's an online tool which you can use to see if Equifax's 2017 data breach affected your information, thus making you eligible to file a claim.

Only those who can show proof that they already have credit monitoring services — and will continue to have said service for at least the next six months — will be eligible to claim a $125 payment in the form of a check or pre-paid card, according to the website. To file for the payment you'll need to submit basic information, including your address and date of birth.

Claimants who experienced fraud, credit or identity theft, or saw their personal information otherwise misused as a result of the Equifax data breach (and have the documentation to prove it) may also be eligible for cash payments up to $20,000. According to the claim website, individuals who were forced to spend time rectifying issues caused by the data breach may be eligible to have up to 20 total hours reimbursed at $25 per hour. Claimants may also be reimbursed for any out-of-pocket losses they incurred as a result of the breach and up to 25 percent of what they paid for Equifax credit or identity monitoring products in the year before the data breach was announced. Finally, claimants are also eligible for at least seven years of free assisted identity restoration services to help remedy identity theft and fraud issues.

The Verge's Nick Statt recommends saving a copy of your claim and claim number for your own files as you're unlikely to receive a copy of the claim via email once you submit. You never know if you'll be asked to provide proof of having filed a claim should a problem arise later on.

In a statement announcing the settlement agreement, Equifax's chief executive officer, Mark W. Begor, hailed it as "a positive step" for both consumers and the credit reporting agency. "This comprehensive settlement is a positive step for U.S. consumers and Equifax as we move forward from the 2017 cybersecurity incident and focus on our transformation investments in technology and security as a leading data, analytics, and technology company," Begor said. He noted that Equifax had established a consumer fund of up to $425 million, which "reflects the seriousness with which we take this matter" and "reinforces our commitment to putting consumers first and safeguarding their data."

But while the claims process appears relatively straightforward, the standard $125 payment hardly feels like adequate compensation for the headache that comes with having your credit data compromised. Claims can be filed online or through the mail up until the Jan. 22, 2020 deadline.

More Like This
100 Relationship Questions To Ask Your Partner
Are We All Stressed About Grocery Prices Right Now Or Is It Just Me?
Harrison Ford Is A Proud Dad Of 5 Kids Who Are More Than 30 Years Apart
Adele’s Grammy-Nominated Album Features A Beautiful Song Written For Her Son Angelo
What Parents Are Talking About — Delivered Straight To Your Inbox