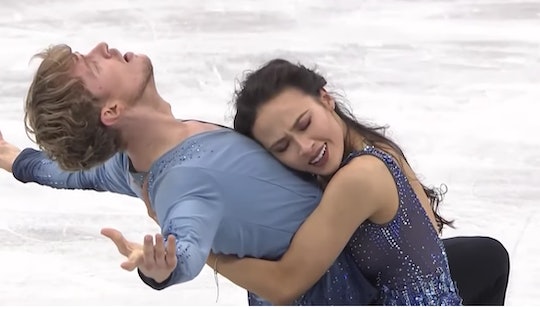 Now that the excitement of an underdog win at the Super Bowl is behind us, we can all look forward to the next big sporting event: The 2018 Winter Olympics in PyeongChang! The opening ceremony is slated to officially kick-off the grand affair on Friday. However, certain events will actually be starting before that time — and figure skating is one of them. If you're like me, then figure skating is one of the few winter sports that you actually enjoy watching. (No offense to skiing, speed skating, snow boarding, etc.) To make sure you get your fix and avoid missing big news during the 2018 PyeongChang Olympics, here's how to follow the U.S. figure skating team on Instagram.

In one fell swoop, you could make things simple by following the official U.S. Figure Skating Instagram account. At least this way, you won't miss the major highlights and wins from the Olympic games. However, for viewers who really want to get the full experience — including behind-the-scenes looks at athletes — then it might be best to also follow individual figure skaters who peak your interest. Or, you know, all of them, if you're really into this whole skating business.

Let's take a look at how to get connected with the talented Olympians before the games kick off on Friday.

This dynamic duo has been skating together since 2012 — and they even won the 2015 U.S. National title, according to NBC Olympics. (Did I mention they officially tied the knot in 2016?) Alexa and Chris will be competing in the pairs event at the 2018 Winter Olympics.

And can find Chris Knierim on Instagram under the handle @chris_knierim.

With a quick glance at their last name, it's easy to assume Maia and Alex are yet another pair of married figure skaters. However, they're actually brother and sister. These talented siblings will be competing this year with their ice dance routine. For the record, the "ShibSibs" finished ninth at the 2014 Sochi Olympics, according to NBC Olympics. So be sure to keep an eye out for them on the awards podium! You can follow Maia on Instagram by searching for the handle @maiashibutani.

Madison Chock and Evan Bates are yet another example of a figure skating duo turned romantic couple. And guys, they are freaking adorable. Not to mention, they have some pretty serious chemistry on the ice, too. As NBC Olympics reported, between Olympic games, the ice dance partners earned four sliver medals before they qualified for the Grand Prix Final and went on to finish in sixth.

You can find Evan Bates on Instagram under the handle @evan_bates.

With their ice dance routine, Madison Hubbell and Zachary Donohue won the U.S. Figure Skating Championships last month for the first time, according to Teamusa.org. Now, these skating partners — who have been competing together since 2011, according to NBC Olympics — will be taking their talents to the Olympic stage this month. Follow Madison Hubbell on Instagram at @splashmadison.

Some other individual figure skaters to consider following on Instagram include:

Find Adam Rippon on Instagram by searching the handle @adaripp.

Find Mirai Nagasu on Instagram under the handle @mirainagasu.

NBC will begin its primetime coverage with figure skating at 8 p.m. Eastern Time on Thursday, according to Time. And just take a look at that schedule! Enthusiasts should be pumped, because it looks like there's a figure skating event on most days throughout the 2018 Winter Olympics. Let the games begin!