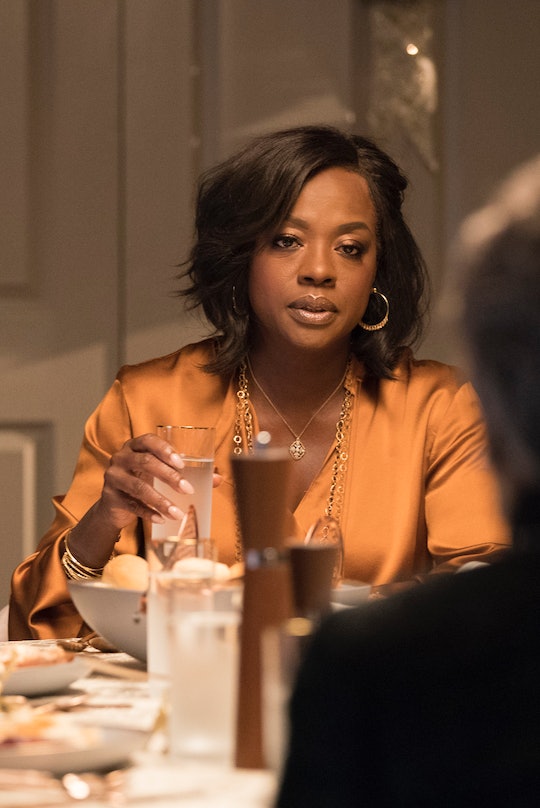 For five seasons, How to Get Away with Murder has been riveting fans with its thrilling storylines and epic cliffhangers. The Shondaland drama followed the complicated life of law professor Annalise Keating (Viola Davis) and the secrets, relationships, and murders she gets caught up in. The show will return this fall, but unfortunately, HTGAWM is ending after Season 6, which means Annalise will have to wrap up her class and her cases for good.

In a Jul. 11 press release, ABC announced that the upcoming 15-episode sixth season of How to Get Away with Murder will be its last. In a statement, series creator Peter Norwalk detailed why and how he plans to end the show.

“Deciding to end this series was a brutal decision, but ultimately the story tells you what to do – as it did here,” said Norwalk. “For me, Annalise Keating’s journey has always had a clear ending. Knowing I have 15 episodes left to finish her story, and the chance to give all the characters their own killer endings, is a gift rarely given to a series creator and I’m grateful to ABC and ABC Studios for the opportunity and creative freedom. I am so thankful to the brilliant cast, writers and crew for dedicating themselves to the most rewarding experience of my career over the last six years.”

It’ll be hard to say goodbye to such a groundbreaking show, but it’ll be even harder to see Viola Davis leave this iconic lead role. As reported by NPR, Davis’ portrayal of Annalise Keating earned her a Primetime Emmy Award for Best Actress in a Drama in 2015, making her the first black woman to receive the honor. She won two Screen Actors Guild Awards for the role, and landed additional Emmy and Golden Globe nominations.

In the network’s press release, President of ABC Entertainment, Karey Burke, lauded Davis’ contributions to the series. “Viola Davis made television history with her unforgettable portrayal of iconic female antihero Annalise Keating,” Burke said in a statement. “I am eternally grateful to her, Pete Nowalk and Shondaland for creating and bringing to life such a smart, sophisticated and groundbreaking series that has long been an integral part of Thursday nights on ABC.”

Seeing the show end will be hard for fans, but at least they’ll finally get some closure to the series’ biggest mysteries. Season 5 ended with Laurel (Karla Souza) and her baby missing, and fans never learned the identity of Annalise’s new mystery student or the truth behind Nate’s dad’s murder. In his statement, Norwalk promised that fans will get an exciting final season, which will address all these unanswered questions. “I can’t wait for you all to see how it ends, with twists and turns and all the craziness we love to create every Thursday night,” he teased. “Buckle up.”

It’s sad to see the series go, but fans can take comfort in knowing that they still have a thrilling final season ahead. Season 6 of How to Get Away with Murder premieres on Thursday, Sept. 26 at 10 p.m. ET on ABC.