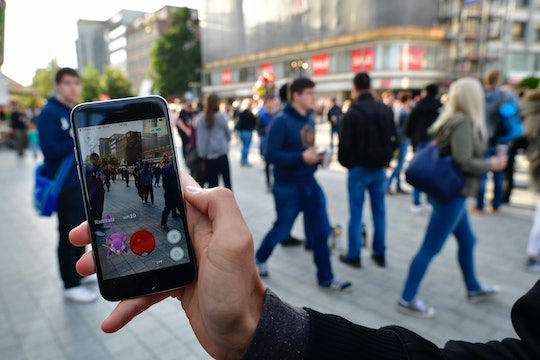 How To Get Better Battery Life With 'Pokemon Go,' Because Nobody's Got Time To Charge

Since its release earlier this month, "Pokemon Go" has taken the world by storm, encouraging players to get out of the house and explore their neighborhoods while collecting digital monsters. The game relies on the vibrate and GPS functions of users' phones, and that can lead to a dead phone pretty fast. But there are ways to get better battery life with "Pokemon Go," if you know which settings to change. According to CNET, the game comes with a built in battery saver setting that doesn't affect gameplay at all. Just tap the Poke Ball at the bottom of the screen, then choose settings, and check the Battery Saver option.

"Pokemon Go" relies on Google Maps, but users don't actually have to have the app turned on it order for it to work; it's possible to download Google Maps and use them offline. To do so, open the Google Maps app, touch the three horizontal lines in the top left corner to access the menu, and choose Offline Areas to select a map and download it. Not only will going offline save battery life, it will also prevent users from going over their data limits, so it could potentially save money, as well.

Another way that "Pokemon Go" sucks up battery life is through the phone's camera. Players can work around that issue by turning off the augmented reality feature in the game. After spotting a Pokemon, just toggle the AR switch on the top right corner, and the Pokemon will appear on a cartoon background rather than the real world. Of course, half the fun of "Pokemon Go" is taking pictures of the little guys sitting on people's shoulders or wine glasses, but sometimes, sacrifices must be made. Users can also turn off the music, sound effects, and vibration in the same menu with Battery Saver, according to The Sun, which should give the phone a little boost.

Finally, there are settings outside of the game that can help. According to Forbes, adjusting the screen brightness will save battery life. By default, most phones are set to automatically adjust the screen's brightness, but that setting can be changed to conserve power. And don't forget that each phone has its own battery saver modes (accessed through the settings menu) that can save a bit of juice. Players should also close any apps that don't need to be running while playing "Pokemon Go," and turn off Bluetooth and Wi-Fi. The truly dedicated can go even further by turning off push notifications for Facebook, email, and other apps. Who needs to hear from humans when you have 151 new imaginary friends to catch, right?