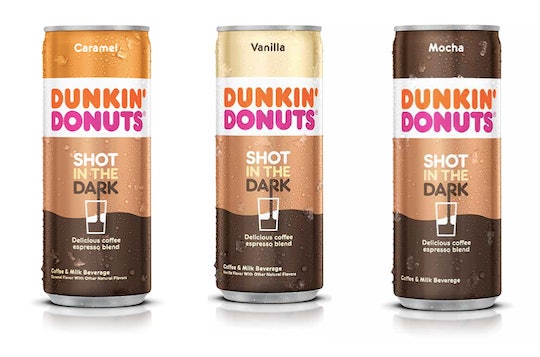 Psst! You Can Get Free Dunkin' Coffee Delivered To Straight To Your Door — Here's How

Summer is just around the corner, which means longer days and way more activities. After a long, cold winter this is definitely welcome, but it's also exhausting. The longest day of the year is fast approaching, and if you've noticed you've been drinking way more coffee lately just to get by, you're not alone. It's basically the fuel through which all things are possible, and getting your hands on a cup of joe is about to get a whole lot easier — at least for one day — thanks to Dunkin'. The beloved coffee company is launching a pop-up in New York City, giving caffeine cravers a no-cost morning or afternoon pick-me-up. And best of all, you don't have to be in the Big Apple to get in on this deal. In fact, you can get free coffee from Dunkin' delivered straight to your home — here's how.

Dunkin' just announced the launch of the Dunkin' Human Charger, which will be available at a pop-up shop offering people the chance to recharge their proverbial batteries, and even fire off a few pics for the 'Gram. For coffee lovers in New York City, they'll be able to swing by the pop-up at 213 Bowery on June 21 — aka the summer solstice — to grab a free Human Charger kit, complete with a flavored Shot in the Dark, reusable (and extendable!) straw, and a quick guide to get you started.

Three versions of Dunkin's Shot in the Dark canned espresso drinks will be available for customers to sip on, including Vanilla, Caramel, and Mocha, meaning there's truly something for everyone.

Not a city slicker? No problem. All you have to do to get your hands on one of Dunkin's Human Chargers is fire up your Amazon Alexa or Google Assistant and say these magic words: "Send me a Sample of Dunkin' Shot in the Dark." Seriously, it's that easy. A sample will be sent directly to your door at no cost to you. What a time to be alive.

Dunkin' first launched its Shot in the Dark in September 2018. In a release about the new product, Dunkin' said it was created to deliver on-the-go coffee fanatics "high-quality coffee with a touch of cream and sugar, combined with delicious espresso for a full-bodied, rich, smooth coffee espresso blend." It's sold in a variety of retail locations, the number of which has expanded since the launch. This means you no longer have to rely on proximity to an actual Dunkin' to get your hands on quality coffee during especially busy days.

As if that's not enough good coffee-related news, Dunkin' announced on Tuesday that it would be teaming up with GrubHub to provide delivery to busy customers who don't have time to stop by their local store or drive-thru on Seamless, according to WFSB. The partnership is still in its early stages, meaning it's currently only available in a little over 400 stores, all of which are located within New York City.

There's a light at the end of the tunnel for folks in other cities, however. WFSB reported that Dunkin' plans to expand to other markets, like Boston, Chicago, and Philadelphia, in the coming months.

Having coffee on-hand makes all the difference on long summer days. It can be the difference between being productive and alert at work, or present during big family days out, and feeling sluggish and grouchy. I, personally, am nothing without coffee, so this is a huge deal for me and I'm sure I'm not the only one who could use a little recharge on these especially long days.

More Like This
Here’s What You Need To Know About That Viral 1960s Baby Formula “Recipe”
Abbot's Formula-Producing Plant Can Reopen In As Early As 2 Weeks — Now What?
Multiple Jif Peanut Butter Products Have Been Recalled After 14 People Got Sick
Lawmakers Passed Two Bills To Address The Baby Formula Shortage