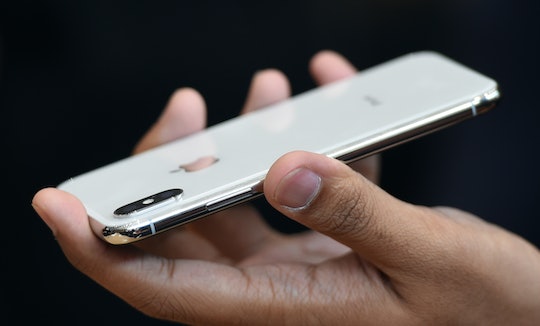 How To Get An iPhone X Without Breaking The Bank

Apple fans are just one week away from iPhone X preorders, and there are plenty of customers who are ready to drop a cool one grand on Apple's most advanced smartphone offering yet. When Apple CEO Tim Cook took the stage of the new Steve Jobs Theatre at the Apple Event last month, many Apple fans were left with a bit of sticker shock at the whopping $999 price tag for the base model 64G iPhone X, with the 256G iPhone X going for a staggering $1,149 — nearly as much as the price of a bare bones 13-inch MacBook Pro. So, if you're ready to preorder Apple's latest innovation, here's how to get an iPhone X on sale, because its retail price is kinda frightening.

Of course, actually getting an iPhone X might prove a little more difficult. According to one of analyst and one of Apple's top insiders, Ming-Chi Kuo, Apple has encountered production delays in manufacturing the iPhone X. As a result, while pre-orders may start on Oct. 27 with a full in-store launch availability on Nov. 3, that doesn't mean that everyone who wants an iPhone X is going to be able to get one right away. And there's good indication that people really want the iPhone X: Sluggish iPhone 8 and 8 Plus sales could mean that more people are waiting to upgrade to the X and will skip the 8 altogether.

That said, here's how various upgrades and pricing options will work if you're lucky enough to actually score a coveted iPhone X on preorder or launch day.

In 2015, Apple introduced its iPhone Upgrade Program, allowing customers to get a new iPhone for "free," independent of their mobile carrier. Now, when I say "free," I mean that you're not shelling out the $999 or $1,149 out of pocket all at once — payments toward the cost of the phone are divided into 12 payments. Your monthly iPhone Upgrade payment also includes Apple Care, which for the iPhone X, goes for an additional $199. Once you make 12 payments, you can get a new iPhone. According to Recode, the iPhone X will cost about $50 a month through Apple's upgrade program.

Before Apple began offering its own Upgrade Program with the release of the iPhone 6S, each mobile carrier offered their own individual upgrade plans. The advantage of the Apple Upgrade over AT&T, Verizon, Sprint, or T-Mobile, is that you're not locked into a multi-year contract with these major mobile carriers — and you can get a new phone every 12 months. Not so with other mobile carriers. For example, on my AT&T plan, I'm only eligible for a new iPhone every 24 months — which is why when I needed a new phone, I went with Apple's Upgrade Program instead of going through AT&T.

That said, each of the major mobile carriers are offering a variety of deals to try and entice customers to either upgrade or even switch to their carrier. The ATT&T Next program is offering a 32G iPad for just $99 for those buying a new iPhone, and often allows 30-month contracts to make the monthly hit on your wallet a little less, according to Tech Radar. Verizon follows suit, effectively halving the cost of the Apple Upgrade Program by splitting iPhone X payments into a 24-month contract.

Trade In Your Old iPhone

Most of the major mobile carriers are offering deals to trade in your old iPhone towards the iPhone X, but it looks like T-Mobile's iPhone trade-in deal might be one of the best. When you trade your iPhone in for an iPhone X, T-Mobile is offering up $300 off by way of bill credits on its 24-month plan, according to PC Magazine.

Then there's the opportunistic plan for saving big on the iPhone X: Buy one outright as soon as it's available, then sell your new iPhone X on eBay for a ridiculous amount of money, allowing you to pocket the cash or buy an iPhone X once demand has calmed down.

Here's the bottom line on how the iPhone X will affect your bottom line: It's Apple's priciest phone yet, and for good reason. With impressive specs and an enviable dual camera setup, Apple fans are lusting hard for the new flagship iPhone. No matter what, you're going to end up paying for it, but it's all a matter of whether you're willing to take that cost hit all at once upfront, or spread out over time. Either way, if you're one of the first to even get an iPhone X, you'll definitely be one of a privileged few.