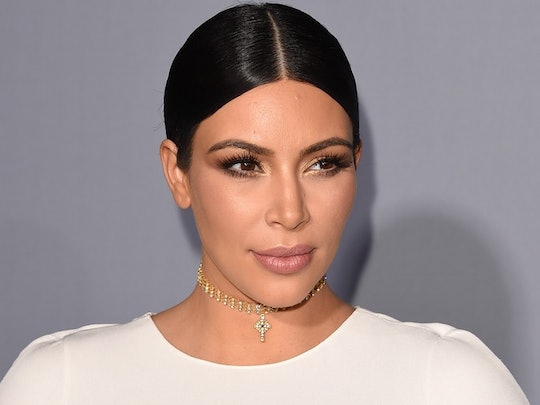 How To Get Kimoji, Kim Kardashian's Emoji App, Because A Kim K Belfie Emoji Is Everything Your Life Was Missing

Finally, a solution for all the times you wished you could easily text your bestie a Kim Kardashian ugly-crying face (aka, the perfect response to pretty much everything). Ever the astute businesswoman, Kardashian has found a new way to expand her app ventures while also continuing to rule the internet and pretty much own pop culture generally. On Monday, Kardashian released Kimoji, a new Kim Kardashian emoji app, according to E! News. How can you get Kimoji? It's super simple, and Kim K. fans need it ASAP.

Kardashian announced the app on her Instagram account Sunday, previewing some of the Kimoji options, and it’s basically everything you never knew your text game needed: naked Kim, pregnant Kim, face-contouring Kim, Kim on a stripper pole, Kim taking a selfie, Kim’s giant engagement ring from Kanye — you know, the essentials.

So how do you make these magical emojis part of your life? Kimoji was released in the iTunes app store Monday, so for the low, low price of $1.99, over 250 Kim K-inspired emojis and stickers can be yours. The app is compatible with iPhone, iPad and iPod Touch, provided you’ve got iOS 8.0 or later. Unfortunately for Android users, you’re just plain out of luck — so far, Kimoji appears to be an iTunes-only app.

So what do her fans have to say so far about Kim K’s holiday gift to the world? It might have just launched, but people are pretty psyched:

But be warned, they don’t seem to work with Twitter (tragedy!):