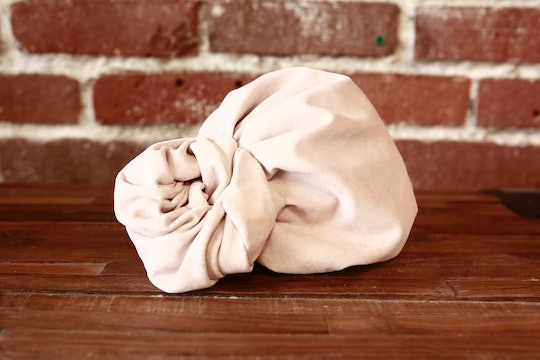 How To Get The Baby Buddah Bug Head Wraps, Because They Are Super Cute

Iman Tayla — the daughter of actress and singer Teyana Taylor and basketball player Iman Shumpert — has been captivating the public since her unexpected arrival in December 2015. (Teyana went into labor at home on Dec. 16 but didn’t know it until she felt the urge to push, moments before Iman was delivered right into her father’s arms.) And now 8-months-old, Iman Tayla is making headlines once more, as the youngest member of the Taylor/Shumpert clan has become the face of Baby Buddah Bug, her new company and business venture. That’s right, Iman Taylor — aka Junie — is a business woman. OK, a business baby! But how can one get a Baby Buddah Bug head wrap, because they are gorgeous and inspired and cute. Like super cute.

Iman Shumpert is a professional basketball player who began his NBA career in 2011, when he was signed by the New York Knicks — the 17th pick in the first round of the draft. Shumpert played with the Knicks from 2011-16; however, earlier this year, was traded to the Cleveland Cavaliers.

As for Junie, when Baby Buddah Bug launches later this month, the 8-month-old will make history: as she will be the first celeb baby (and, to my knowledge, the first baby period) to have her own head wrap line. And if baby Junie has accomplished all of this before her first birthday, who knows what will come next.