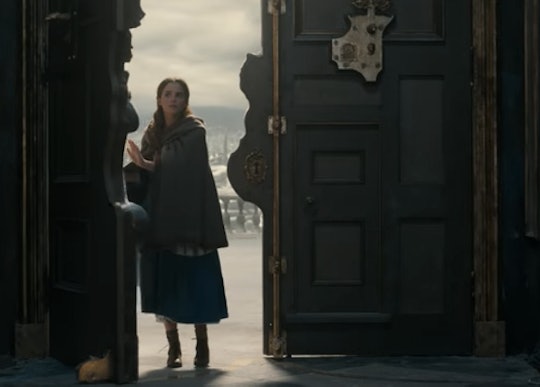 How To Get The 'Beauty And The Beast' Soundtrack

"Tale as old as time, true as it can be." If you're a millennial, you know that song. You probably annoyed your parents by singing it all the time. Now, a new generation will get to experience the awesome music from Beauty and the Beast when the new film hits theaters on Friday, March 17. Here's how to get Beauty and the Beast soundtrack.

But if you absolutely can't wait — or don't want to buy the entire album — certain singles from the soundtrack are on Spotify, including Ariana Grande and John Legend's version of the title song, "Beauty and the Beast."

The classic film's music is a huge part of the anticipation for the remake. Emma Watson stars as Belle, while Dan Stevens will play the Beast. It also stars Emma Thompson as Mrs. Potts, Ewan McGregor as Lumière, Josh Gad as LeFou, and Audra MacDonald as Madame de Garderobe.

What's exciting is that the soundtrack contains original songs that were not included in the first movie. Celine Dion will sing a new song called "How Does A Moment Last Forever," which will play over the end credits, Entertainment Weekly reported. Dion sang the original end credit version of "Beauty and the Beast."

The Academy Award-winning soundtrack for the original The Beauty and the Beast was composed by Howard Ashman and Alan Menken. Ashman sadly died of AIDS in March of 1991, eight months before the film debuted in theaters. "This, of all the projects, was the one that was infused with sort of that last flame of his talent and creativity and heart," Menken told the Associated Press in 2015. "And, I think, at some interesting level, that comes through in 'Beauty and the Beast.' It comes through in these tender moments."

"Beauty and the Beast" is my favorite song because I'm a romantic at heart, but the song I'm sure many are excited to hear is "Gaston," which is sung by Josh Gad in the new movie. Gaston is a popular meme (both the character and the song): remember #TropicalStormGaston? And well, let's face it, the song is just plain catchy.

For those who are nostalgic for the original animated film's soundtrack, the entire album is available for $9.99 on iTunes. Individual songs are also available for $1.29.

Now I have "Gaston" stuck in my head. And I'm sure you will too, after listening to the soundtrack.