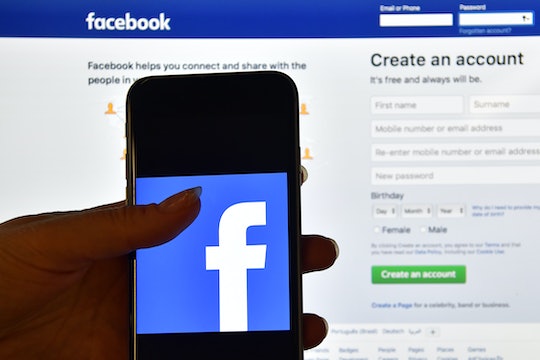 Facebook turned 13 years old last month, and as it enters its petulant teenage years, the social network of our lives has finally introduced a feature users have been asking for endlessly: The Dislike button. Adding a Dislike button has been Facebook's most requested feature since the Like button was first introduced in 2009. The good news: It's coming. The bad news: It's not exactly in the most intuitive of locations — for now. That said, here's how to get the Facebook thumbs down Dislike button.

First, there are couple of important things to note about Facebook's new Dislike button — it's not the dislike button of which you're probably thinking. Right now, the Dislike button does not appear as a complementary thumbs down button next to the default Like thumbs up button you normally see beneath your and your friends's posts. According to TechCrunch, the Facebook Dislike button is being tested via Messenger, Facebook's chat extension — and is more closely related to the Facebook Reactions feature. The Dislike button is actually a thumbs down emoji that can be used as a reaction to individual messages in a Messenger thread, much like when you press and hold the Like button everywhere else on the social network.

Now, there's one very important caveat here: The Dislike button is currently being tested — and like all beta testing, that means the Dislike feature is not yet available to everyone. But not all hope is lost for your itchy dislike trigger finger yet. "We’re always testing ways to make Messenger more fun and engaging," a representative for Facebook told TechCrunch on Sunday. "This is a small test where we enable people to share an emoji that best represents their feelings on a message."

Rolling out the Dislike button appears to be a far more tempered experiment than how Facebook used to make blanket feature changes overnight with no notice, only to have Facebook users wake up complaining about changes the next morning.

Now, if you are one of Facebook's chosen few to give the new Dislike reaction a test drive, here's what you need to look for to find out if you're in the first round of people testing the feature. First, log out of Facebook, then log in again. If you've got it, this is what you'll see. Next to each message in a Messenger thread are three dots to the right of each individual message within the thread. If you have the Dislike feature, in addition to the three dots to the right of individual posts within a Messenger thread, a small smiley face appears next to those dots. Press and hold the smiley face, and you'll get a series of Facebook reactions, including a thumbs down Dislike reaction.

If you've ever used Slack — and you should because it's amazing — Facebook's Dislike button is exactly how Slack's "Add Reaction" functions, where users can add emoji reactions to individual messages within a Slack channel, as seen below. And, much like Slack, it's less "dislike" in the truest sense of the word, and more of a quick way to say "No" in a rapid-fire Facebook Messenger thread.

No word yet on when or if the Dislike reaction will be rolled out to all users. And while it's not exactly the Dislike button we may have been hoping for all these years, it's still something — so thumbs up all around.