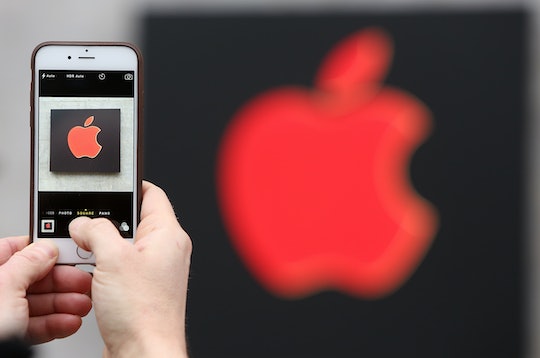 How To Get the RED iPhone 7

Apple has just announced a new (Product) RED iPhone 7 and iPhone 7 Plus. No, that doesn't just mean you can get the same old iPhone in a shiny new color. Apple’s (RED) partnership involves the company donating a certain percentage of the sales of affiliated products to the Global Fund to support HIV/AIDS programs, "and help deliver an AIDS-free generation," according to 9to5Mac, a technology news website. If that's a cause you're interested in and you're in the market for a new phone anyway, you might want to know how to get the RED iPhone 7, or the iPhone 7 Plus version instead.

A decade after Apple first began producing the special edition, red-hued devices you might recognize to help promote and fund its efforts to combat HIV and AIDS, the company is finally including the iPhone in the products available in the (RED) lineup. According to Mashable, "starting in 2006 with the iPod Nano Special Edition (RED), Apple has produced everything from (RED) Beats headphones to (RED) Smart Battery cases, but never the apex product, never the one that still drives most of Apple's considerable profits." But now anyone can get a red iPhone to help the cause.

As reported by Mashable, with all (RED) products, a portion of every sale goes directly to The Global Fund, and that non-profit organization, "helps finance HIV/AIDS grants in more than half-a-dozen countries in sub-Saharan Africa." So far, Apple has donated $130 million to the cause, according to Mashable. That's a pretty big deal. And now, if you want to contribute, you can buy one of the company's most popular and recognizable products to do so.

According to the Global Fund website, an estimated 20 million lives have been saved through the Global Fund partnership. The organization reported that the partnership invests nearly $4 billion a year to support programs run by local experts in countries and communities that need help the most. And buying the iPhone 7 for $749 for a 128 GB model and $849 for a 256 GB version, or the iPhone 7 Plus for $869 (128 GB) or $969 (256 GB) is one small way to help contribute to those efforts.

Apple CEO Tim Cook was quoted in a press release about the new (RED) products:

Since we began working with (RED) 10 years ago, our customers have made a significant impact in fighting the spread of AIDS through the purchase of our products, from the original iPod nano (PRODUCT)RED Special Edition all the way to today’s lineup of Beats products and accessories for iPhone, iPad and Apple Watch.

The introduction of this special edition iPhone in a gorgeous red finish is our biggest (PRODUCT)RED offering to date in celebration of our partnership with (RED), and we can’t wait to get it into customers’ hands.

So how can someone go about getting one of these new (RED) iPhones? According to Mashable, beginning Friday, the (RED) iPhones will be available wherever Apple sells the iPhone (so, online and in retail stores). But no word on how long they'll be on the market or how many the company is making, so they might sell out fast.

It should be noted that sales people in retail stores are being directed to explain the work (RED) does, and how some of the portion of the sales of these (RED) iPhones goes directly to the fight against HIV and AIDS. So it seems the company wants to be sure their customers are aware of the significance of the partnership when they inquire about the products.

News of the new red iPhones has social media buzzing, and it sounds like people are pretty excited.

"All red iPhone 7? Gotta have it" tweeted Twitter user @ItsPaoloni.

Though the phone officially goes on sale Friday, March 24, it looks like the Apple website has information on the products and a phone number to call now about ordering. To be sure your store will have it, or for questions about how long it will take to ship should you order it online, it might be worth it to give them a call.