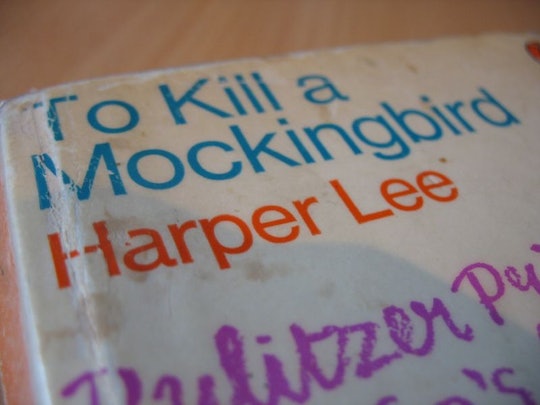 How To Get Tickets For 'To Kill A Mockingbird' On Broadway, Because They Could Sell Out Fast

Producer Scott Rudin announced on Wednesday that he's acquired the stage adaptation rights for To Kill a Mockingbird, the 1960 Pulitzer Prize-winning novel by Harper Lee, according to The New York Times. Although the book was adapted into a 1962 movie, and a small band of volunteers have put on a stage play in Lee's hometown of Monroeville, Alabama, for decades, the story has never been to Broadway. The show is tentatively scheduled for the 2017-2018 season, which has fans wondering when and how they can get tickets for To Kill a Mockingbird on Broadway.

Unfortunately, there's no way to buy the tickets yet, as Rudin didn't provide an exact date for the premiere. In fact, there's still no cast or theater signed on for the play. But there is a writer: Aaron Sorkin is set to adapt the novel. Yes, that Aaron Sorkin — the one who wrote The West Wing, The Newsroom, and was behind The Social Network. He's even promising new dialogue. So, can we expect to see Atticus and Scout walking quickly down a hallway, exchanging rapid banter? Probably not, but there will be some new scenes that weren't included in the original story, although they were "alluded to," according to the Times.

But Sorkin's no stranger to plays. In fact, that's actually where he got his start, and he said that he taught himself dramatic story structure by studying the 1962 movie version of To Kill a Mockingbird and comparing it to the novel, according to the New York Times. So, when Rudin asked him to adapt it for Broadway, he jumped at the chance.

“You can’t just wrap the original in Bubble Wrap and move it as gently as you can to the stage,” he said, according to the Times. “It’s blasphemous to say it, but at some point, I have to take over.” Fans who were disappointed in the book's recent sequel, Go Set a Watchman, have nothing to fear, either. Rudin said that “The Atticus we do is going to be the Atticus in To Kill a Mockingbird.” For those not in the know, the original book portrayed Atticus Finch as a tolerant man who taught his young daughter lessons on social justice, while the newer book saw him turned into a mean, old bigot.

How will fans get the chance to see the O.G. Atticus? Will it be sold out for months in advance, like Hamilton? It's too soon to say for sure, but fans have only known about the play for hours, and they're already abuzz. It seems like the best way to keep abreast of the situation may be to subscribe to Playbill's newsletter, and keep those fingers crossed.