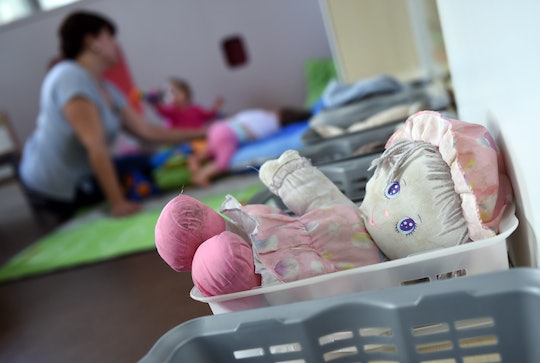 For any parent, having a child hospitalized is terrifying. But for parents in Venezuela, the devastating impact of illness or injury is compounded by lack of access to quality care. Investigations into Venezuela's collapsing medical system stunned the world, but those wondering how to help babies in Venezuelan hospitals often make a distressing discovery: until the country opens channels to international aid, intervention is often illegal and largely impossible.

On Sunday, The New York Times offered an inside look at the devastatingly dangerous conditions of Venezuelan hospitals. Medical facilities routinely lack medication, equipment, and even soap; occasionally, they lose electricity. Reporter Nicholas Casey described the measures doctors took to save lives, from operating in blood-covered rooms to using their hands instead of ventilators to sustain infants struggling to breathe. In 2015, more than 2 percent of babies younger than one month old died in public hospitals; it only took three years for that figure to rise from 0.02 percent.

When oil prices collapsed, Venezuela didn't have adequate savings to fall back on. According to The New York Times, the bolívar can buy almost nothing, so hospitals depend on patients to purchase their own medicine and supplies. But, there are major medicine shortages in Venezuela, The Telegraph reported. The drugs that are available are often outdated, and the equipment on hand is generally of poor quality. Based on an estimate from the Pharmaceutical Federation of Venezuela, the country only has about 20 percent of needed medical supplies, CNN reported.

Though the story is getting international attention now, a devastated health care system plagued Venezuela for years. The Wall Street Journal reported on conditions in Venezuela in March 2015. At the time, inflation was at 70 percent, but quality of life in hospitals had already deteriorated for years. Venezuela spent only 1.6 percent of its GDP on healthcare in 2012. Unfortunately, international sympathizers were unable to help since the country didn't acknowledge there was a problem. President Nicolás Maduro routinely condemned doctors who spoke out against the government's handling of healthcare. In recent months, Maduro still denied any need for international aid, according to The New York Times. The National Assembly decided to tackle the problem independently of its leader, according to CNN, and it declared a "national humanitarian health crisis" and told President Maduro that he would need to develop a plan to make way for foreign aid.

As the world waits for Venezuela to open the necessary doors so other countries can help, there is little people in other countries can actually do. Some individuals send boxes of medication from the United States, according to The Telegraph; unfortunately, families who receive the drugs are at risk of being arrested for breaking the law.

There are ways to support organizations that offer care to families who struggle to afford it all over the world. Nonprofits including CARE, Doctors Without Borders, and International Medical Corps ensure expertise and supplies are available to the countries who request it. Making a financial gift to an organization of choice is an easy way to support that group's work, but some offer alternatives: from sending necessary items to volunteering in person, there are ways to get involved.

No child should suffer due to lack of care. Though situations such as the one in Venezuela can leave individuals feeling powerless, it's important to support the organizations who go to the front lines of healthcare to help the communities who need it most. Because, in reality, Venezuela's case isn't that unique, and there are children everywhere who quality healthcare.