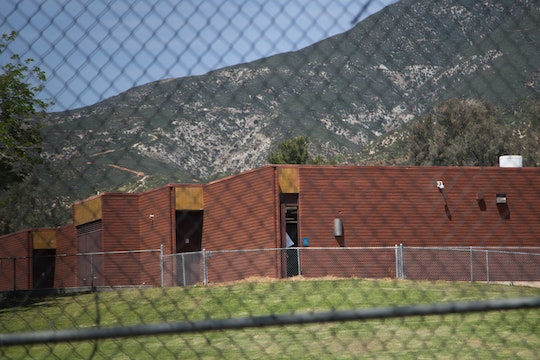 How To Teacher Karen Smith's Family

Tragedy struck the community of San Bernardino, California on Monday when beloved North Park Elementary School teacher Karen Smith died from a gunshot wound inflicted by her estranged husband. On Tuesday, Smith's older children opened up to NBC 4 Los Angeles and remembered their mother for who she was — a passionate teacher dedicated to her work. A loss like this is hard for everyone, especially for Smith's children — and in the wake of her death, people are clamoring to find out how to help Karen Smith's family, because it's important to give back to someone who gave so much to her students and the community as a whole.

In an interview with NBC 4 Los Angeles, Smith's children shared beautiful details about their mother and her passion for educating special needs students. Smith's daughter Jennifer told the news station,

During her 10-year career, she took extreme joy in challenging her students academically and seeing them excel. Oftentimes former students would contact her and thank her for helping them graduate high school. Children were the light of her world and their success was hers.

According to NBC News, in addition to her four adult children, Smith left behind three grandchildren who are mourning the loss as well.

In the two days since Karen Smith died, her family has been in mourning and has largely remained quiet, save for their comments to NBC News, so of course, it's important to respect that silence as they continue to heal. Unfortunately, there is no GoFundMe page set up to help Smith's family with her funeral expenses, according to a representative at GoFundMe, at least for the moment. Those looking to send condolences, for now, will need to find another way to lend a hand.

But instead of helping the family directly, there are different ways to pay tribute to Smith's life and indirectly help her family and her students as they continue to heal. Students at Cal State University San Bernardino are taking teddy bear donations to deliver to students at North Park Elementary; The hope is that the bears will bring comfort to those coping with the loss. As someone who devoted her life to helping others, this is a great way to pay tribute to Smith and help out the students affected by the tragedy.

Those who don't even live San Bernardino can help, too. Advocating for stricter gun laws and donating to domestic abuse charities in Smith's name can bring peace in a larger sense. Smith, whose life was taken by her estranged husband, is just one of the stories of domestic violence that take place in the United States every day.

A donation to a domestic violence charity in Smith's name — such as the National Coalition Against Domestic Violence which provides help for women to recognize domestic violence and advocates for victims on a national level — or the National Network To End Domestic Violence, which advocates for gun control and urges lawmakers to increase resources for domestic abuse survivors, can ensure that women are getting the help they need. And by contacting your politicians and advocating for stricter gun laws, you are letting them know that tragedies like these should never happen again.

While there may not be a direct way to help Smith's family, helping others in her name is a great way to bring peace to those whose lives Smith touched. And for now, the best thing that can be done for Karen Smith's family is to respect their privacy as they go through this difficult time.