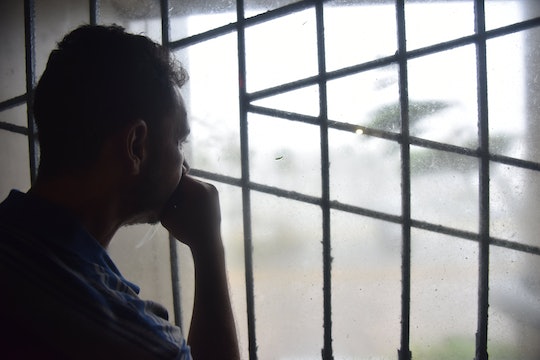 How To Help Puerto Rico After Hurricane Maria Ravaged The Island

Less than 10 days after Puerto Rico narrowly avoided the wrath of Hurricane Irma, the 3,500-square-mile island territory took a direct hit from Hurricane Maria as a Category 4 storm in the early hours of Wednesday. The massive storm has completely engulfed the island of Puerto Rico, slamming the island with winds in excess of 155 mph. Puerto Rico was already facing a looming economic disaster after declaring bankruptcy in May, and the natural disaster of such a monster hurricane will only add to Puerto Rico's financial crisis. Here's how to help Puerto Rico after Hurricane Maria tore through the island on Wednesday.

Maria has come just days after Puerto Rico welcomed Caribbean refugees from neighboring islands devastated by Hurricane Irma. As of Wednesday morning, Puerto Rico was still being battered by life-threatening winds from Maria as the hurricane sits squarely over the island; it could not have taken a more direct hit. Hurricane Maria is the first Category 4 storm to make landfall over the U.S. territory in nearly a century, after an unnamed Category 4 hurricane devastated Puerto Rico in 1932.

Hurricane Maria is expected to dump historic amounts of rain and wind over Puerto Rico through Friday, according to the National Hurricane Center. But even before the hurricane moves off-shore, there are already ways that you can help the victims of Hurricane Maria in Puerto Rico.

Created by the the office of Puerto Rican first lady Beatriz Rosselló, Unidos Por Puerto Rico is already mobilizing just as fast as it can to assist victims of Hurricane Maria. You can donate online, by phone, or by text at its website.

Organized by ConPRmetidos, a Puerto Rico-based "think and do tank" working to stem the territory's economic and social challenges, this fundraising campaign is hosted through IndieGoGo's Generosity platform for supporting social causes. ConPRmetidos notes that funds from its Puerto Rico Real-Time Recovery Fund campaign will first be used to support immediate relief efforts, including shelter, food, and water, and then be utilized for long-term recovery efforts.

Organized by GlobalGiving, the Caribbean Hurricane Maria and Irma relief fund is an effort to collect funds to assist on a broader level of relief and recovery operations for all islands affected by both Hurricanes Maria and Irma. You can even set up a monthly donation, as hurricane recovery within the Caribbean region will likely take months.

Like other organizations such as the Red Cross and Americares, Mercy Corps is a non-profit organization with members specially trained in disaster relief. You can contribute to its Humanitarian Response Fund online as it provides assistance and recovery efforts in regions affected by Hurricane Maria, as it has for Harvey and Irma.

As the storm passes, the full devastation wrought by Hurricane Maria on Puerto Rico remains to be seen — but if initial photos and video of Hurricane Maria tearing through Puerto Rico are any indication, the island U.S. territory will undoubtedly be left with major clean up, rescue, and recovery operations for a long time to come — and we need to step up and help our Caribbean neighbors as much as we can.

More Like This
Dad Removed From Flight After “Nervous” Toddler Wouldn't Sit In Own Seat For Takeoff
The Worst Fake Babies In The History Of Movies & TV That Will Always Be Unsettling
What Parents Need To Know About Hulu's Predator Prequel Prey
10 Cozy, Romantic, & Drama-Filled Shows To Watch If You Love 'Virgin River'