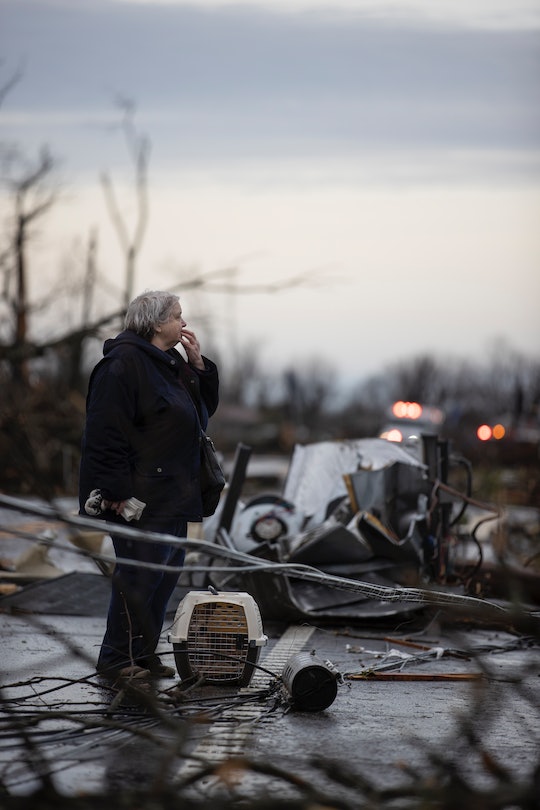 Multiple people have reportedly died after two destructive tornadoes whipped through parts of Tennessee early Tuesday morning. Early reports from the Associated Press show one tornado wrecked havoc on homes and businesses in downtown Nashville while another bulldozed structures in Putnam County. As daylight brought the storms' damage into view, at least 140 buildings have reportedly been destroyed and 22 people were dead. The good news is, there are currently a number of ways to help Tennessee tornado victims recover and rebuild.

Emergency responders, nonprofits, and other aid organizations have quickly begun to mobilize throughout Tennessee to assist impacted communities in cleanup, restoring power, distributing needed supplies, and conducting search and rescue efforts. The Tennessee Department of Heath told KIRO7 that at least 16 people had been killed in Putnam County while another three were reported dead in Wilson County, followed by two in Davidson County, and one person in Benton County.

Tuesday's storms also destroyed a number of homes, businesses, and churches across the state, ripping off rooftops, blasting out windows, and pulverizing walls. Images of impacted areas that were shared by local authorities and reporters show streets strewn with debris.

In the aftermath of these devastating storms, here's how you can help those affected:

More Like This
Here's Why Wearing Long Sleeves In The Summer Can Be Good For Your Baby
Should You Swaddle Your Baby In The Summer? Here’s How To Dress Them
What Exactly Are Minions, Anyway ?
Megan Fox Explains Why She Asked Machine Gun Kelly If He Was Breastfed As A Baby