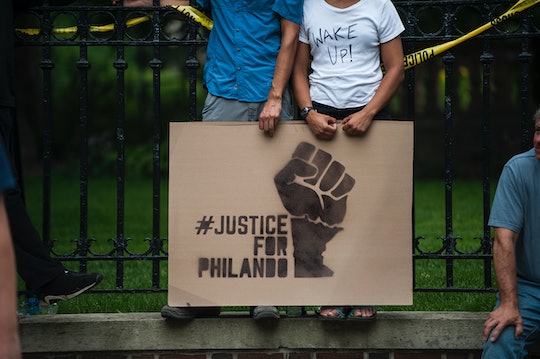 Another tragedy, another senseless death, and another heinous act of police violence that led to the death of Philando Castile, a 32-year-old black man who was shot multiple times by police during a traffic stop in a suburban area of the Twin Cities on Wednesday. He died later at the hospital. Castile’s death comes just a day after an appalling video surfaced online of police fatally shooting Alton Sterling, a Baton Rouge father of five who was selling CDs outside a convenience store. The nation has been in mourning ever since and has been trying to make sense of these senseless losses, but in the midst of our outrage and sadness we must not forget the victims’ families. These tragedies continue to happen and as a society we can turn our anger into ways to help the Castile family because these recent shootings only demonstrate a troubling pattern of racism within law enforcement and in the United States.

In a statement released on Thursday, President Barack Obama said "all Americans should be deeply troubled by the fatal shootings" of these men. "We’ve seen such tragedies far too many times, and our hearts go out to the families and communities who’ve suffered such a painful loss," Obama said.

Like Sterling’s death, there is also a disturbing and shocking video of the aftermath of Castile’s death posted by his girlfriend Diamond “Lavish” Reynolds through Facebook Live. These videos captured the jarring and distressing reality so many Americans live in fear of daily.

“These are not isolated incidents,” Obama said. “They are symptomatic of a broader set of racial inequalities that exist in our criminal justice system.”

Castile’s family is only beginning to mourn this tremendous loss and, as a community and society, we can show our support, grief, and outrage in the short term by helping his family with the financial burden that follows a death. A GoFundMe page has been set up for the Castile family, and has raised more than $60,000 of the now $80,000 goal as of Thursday evening.

The page was set up by writer and director Xavier Burgin, who stressed his desire to be transparent that all funds will go to the family. “I've spoken up on police violence and the issues we face in the past, but this time, I want to try and use my platform to help in a tangible way as well,” he wrote on the GoFundMe page. He's updated the page since it was started on Wednesday and will likely continue to provide updates.

Of course, providing financial support is only one way to immediately help Castile’s family. But, as for helping in the long term, there are several ways to stand against racial injustice within the United States’ law enforcement that ultimately led to the death of Castile. Perhaps you can begin or sign a petition for police reform, or participate in a peaceful protest, or even simply voice your support on social media to voice to others that you also don't stand for this horrific pattern of injustice.

Obama concluded his statement on Thursday with the following statement: “Let’s come together as a nation, and keep faith with one another, in order to ensure a future where all of our children know that their lives matter.”