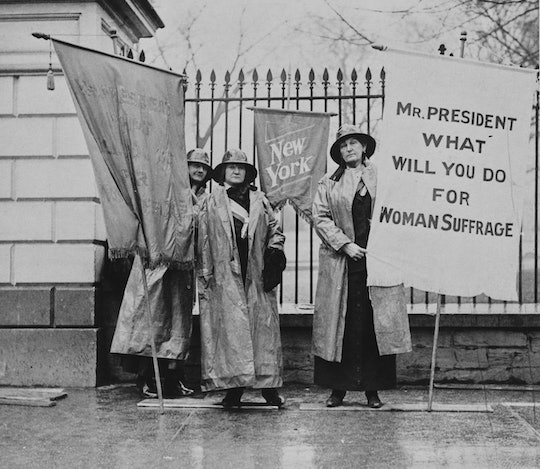 Since 1971, the United States has commemorated Women's Equality Day on Aug. 26. While not an official federal holiday, the day celebrates the day the 19th Amendment was adopted into the Constitution, prohibiting any U.S. state from denying women the right to vote. And while the ongoing pandemic has caused many of this year's celebrations to be canceled, there are still a myriad of ways you and your family can commemorate Women's Equality Day from home.

More Like This
The Obamas’ New Family Rule? Get Vaccinated If You Want To Hang Out With Us
When Is Memorial Day This Year?
Meghan Markle & Prince Harry Celebrated Mother's Day With A Generous Gesture
13 Family-Friendly Movies That Celebrate Asian & Pacific Islander Heritage

According to the National Women's History Alliance, Rep. Bella Abzug spearheaded legislation in 1971 that would see Congress designate Aug. 26 as Women's Equality Day to commemorate the 1920 adoption of the 19th Amendment. Although the 19th Amendment was first introduced in 1878, it was not added to the Constitution until Aug. 18, 1920, a full 42 years after its initial introduction. According to the Constitution Center, it was later made an official part of the Constitution on Aug. 26 when then-U.S. Secretary of State Bainbridge Colby signed a proclamation certifying the amendment. This date of certification is the date Women's Equality Day commemorates.