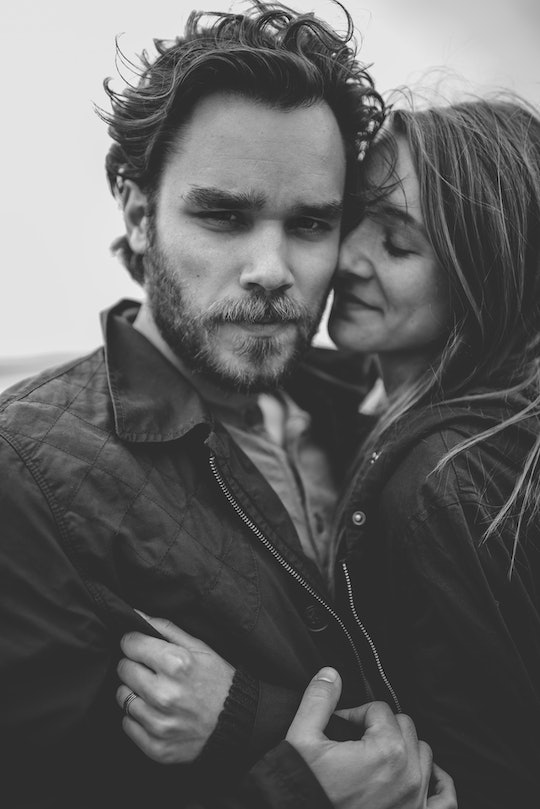 How To Immediately Get "In The Mood" With One, Unexpected Trick

If you spoke with every woman in the world, not a single one of them would report back that they feel sexy all of the time. It's just not plausible, and it's definitely not possible. Between work, and home, and trying to keep a healthy balance in your life, feeling sexy every minute of every day just isn't in the cards for anybody. Often times, the fact that you don't feel sexy can lead you to a sexless existence. But rather than let your mood set you back, why not learn how to immediately get in the mood for sex? There's one simple thing you can do to get yourself in the mood, and it's a lot easier than you might think.

Rather than building up sex in your mind as a glamorous affair where you need to light candles and wear a silk teddy for things to be just right — just do it. Though sometimes the candles and the lingerie can be fun, not all sex has to be straight out of a romantic movie scene to be considered good sex. According to Laurie Mintz, a psychologist and professor of psychology at the University of Florida, the desire-then-sex formula can be limiting. Dr. Mintz told Oprah that research shows that "women can have the idea to have sex, start having sex and then become excited."

Mintz isn't the only doctor who recommended diving in first and letting your desires catch up with you as you go. Ian Kerner, Ph.D., sex therapist and founder of GoodInBed.com, told Woman's Day that most people who are stuck in a sex-rut want to have sex, they just don't give themselves a chance to do it. "Even if you're not in the mood, give yourself 10 minutes to give sex a shot," Kerner said. "Put yourself through the motions; your body will catch up with you quickly."

According to Mintz, the simplest trick can be adjusting your attitude towards sex. The difference between sex as foreplay and sex as dutiful can be a serious game changer. Though Mintz acknowledged that it's not as easy as it sounds, she did say that practicing mindfulness during sex, giving yourself a few minutes to jump in and focus on your partner, has worked for countless women that she's counseled over the years.

Laura Berman, Ph.D. and author of Talking to Your Kids About Sex ,told Parenting that taking a moment to just breathe and decompress before sex can allow you to let go of anything that might have happened during your day, to let go of your mom-persona, and allow you to tap into your sexy side. Rather than attempting to create a perfect atmosphere for sex, just let go of your expectations, and take a deep breath. Berman isn't alone in recognizing that decompressing and prioritizing sex for what it is can change the tune of your sex life. "You have to prioritize what's important," Sadie Allison, sex educator and author of Tickle Your Fancy, told WebMD. "Sex is so important to the overall health of your relationship. This is why Allison recommended letting go of the romantic trappings and expectations every once in a while in exchange for a quickie. "It's OK to just make it a quickie sometimes," Allison told the site.

Talking to Your Kids About Sex, $8, Amazon

So the next time you're feeling less than sexy, rather than trying to go above and beyond to fulfill the idea of sexy, take a deep breath and dive right in. Give you and your partner a few minutes of undivided, focused attention, and see where it gets you. Because according to the experts above, it'll get you in the mood.