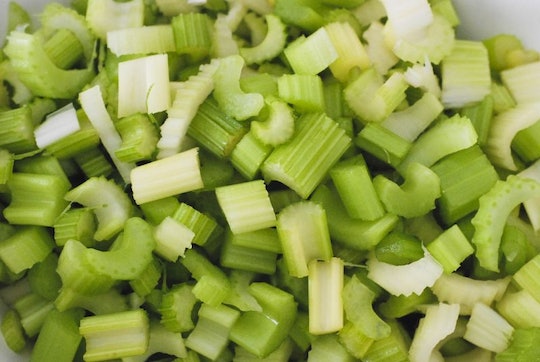 How To Know If You're Affected By The E. Coli Recall

A recall that started with some chicken salad in Costco now spans more than a dozen states and includes 155,000 items (including salad kits, vegetable trays, and other prepared foods). Contaminated celery grown and produced by Taylor Farms Pacific in California has been identified by the FDA as the source of the outbreak. But with so many products and so many stores reportedly impacted — Walmart, Sam’s Club, Albertsons, 7-Eleven, Starbucks, Target, Safeway, and the aforementioned Costco — how do you know if you have been affected by the E. coli recall?

First, check the FDA’s website. They have a full list of all products recalled. But if this seems daunting — and it certainly can be – consider where you shop. Most of the recalled items were distributed in Western states, though there has been some potential contamination in Georgia, Arkansas, Nebraska, and Hawaii. If you are on the East Coast, you're probably OK, but that doesn't mean you should shrug this one off: New products and states have been added to the recall list since it began last month. (In short: When in doubt, check with the FDA.)

CNN Money reports that, at present, more than 45,000 Starbucks holiday turkey sandwiches have been included in the recall. The sandwiches, distributed in California, Nevada, and Oregon, contained cranberry cornbread stuffing that was made with celery, according to Bloomberg Business.

According to Bloomberg reports, 19 people have been sickened by this outbreak so far. While officials hope they have this incident under control, it does take three or four days for E. coli infection symptoms to appear. (Symptoms include abdominal cramping, diarrhea, nausea, and vomiting.) While most healthy adults can recover completely within a week, according to the FDA, "some people can develop a form of kidney failure called Hemolytic Uremic Syndrome (HUS). HUS is most likely to occur in young children and the elderly. The condition can lead to serious kidney damage and even death."

For more information, check with the U.S. Food and Drug Administration.

More Like This
The FDA Is Worried People Are Cooking Chicken In NyQuil
Eden Grinshpan On Getting Your Kids To Love Fish Eyeballs (Yes, Really!)
The Best Apple Orchards Near Upstate New York
New Report Shows 80% Of Pregnancy-Related Deaths Are Preventable