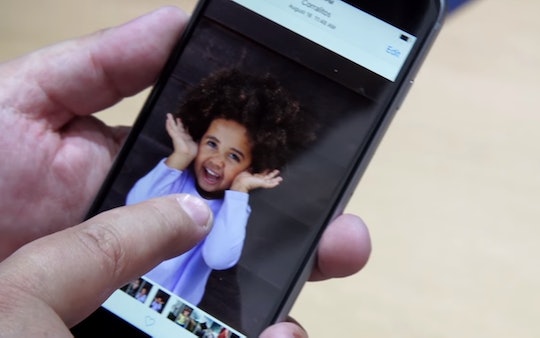 Instagram Hack: How To Turn A Live Photo Into A Boomerang

The rapid evolution of technology is generally a pretty cool thing. Nowadays, we can heat up leftovers in minutes, stream virtually any movie or TV show ever made right into our homes, and meddle in foreign elections without even hopping on a plane. But with so many different types of software and hardware, all of them racing to advance farther than the other, sometimes integration can be difficult. Especially when Apple absolutely refuses to play by the rules that everyone else agreed to. But, thankfully, there is a way to make your iPhone live photos into Instagram Boomerangs without jumping through hoops, even if the trick isn't very well-known.

If you're not familiar with one or the other, here's a brief run-down: Boomerang is a secondary app by Instagram that makes a short, looping animated gif that runs forward, then in reverse, much like Australia's answer to the Frisbee. It works by taking a burst of up to 20 photos, then stitching them together, and creating one works pretty much the same way as recording a regular video with your phone's camera. Goofy, sure, but it can make even the most mundane moments infinitely more watchable.

While Boomerang used to be completely separate from the Instagram app, a 2016 update integrated it right into Stories, the Snapchat-like Instagram feature that allows users to broadcast a collection of videos and still photos for a 24-hour period. As Bustle reported at the time, rather than fumbling with two different apps, users can now create a Boomerang right on Instagram by swiping right to pull up the Stories camera, then sliding the camera selection over to Boomerang.

That's cool for when you have an idea in mind for a particular Boomerang you want to create, like if your kid just learned how to do a cartwheel or blow a bubble, but some of the most Boomerang-worthy moments are those that happened by chance. Or maybe it'll take you longer than four seconds to really nail whatever it is you're trying to Boomerang. Enter Live Photos, the iPhone feature that turns every photo you take into something straight out of the Daily Prophet.

Starting with the iPhone 6S and available on all Apple devices running iOS 11 or later, Live Photos record for 1.5 seconds before and after you take a picture by default. A regular picture is still created, but if you press and hold it in your camera roll, you'll see it come to life. Perfect for action photography like sporting events and wildlife — hahaha, who am I kidding; it's for taking pictures of kids and animals, because those little buggers never hold still when you want them too. Apple even made its own version of Boomerang for Live Photos; you can swipe up on one to choose from three different effects, one of which is called Bounce, and is essentially the same thing as a Boomerang. But unfortunately, you can only send them to friends with iPhones or Messages for Mac; sharing them through other means would only show the still picture.

But Instagram, the app that updates its software more often than I trim my hair, quietly released a bunch of iOS-specific tweaks, and now you can finally turn your Live Photos into real, live Boomerangs and post them to your Instagram Story for the whole world to see, according to Business Insider. On the Instagram app, swipe to get to your Story camera, just like you would to create a new image, then tap the upload icon in the bottom left corner of your screen. Your Live photos will initially appear still, but after you select one and it fills the screen, tap and hold it just like you would to play it in your camera roll. Wait for the loading circle to clear out, and then "BOOMERANG" will be splashed across your screen, and the picture will come to life. From there, you can hit the plus icon to add it to your story. Or, even better, you can save it to your camera roll to share anywhere.

Now get out there and start recording those fireworks and swimming pool cannonballs before the summer's over.