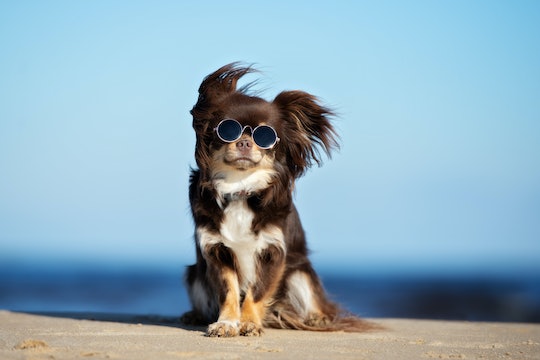 How To Make Your Pet An Influencer, Because TBH You're Trying To Make It Rain

There's one type of social media post I always love, and that's anything featuring a pet. Of course, some owners take this animal appeal to the next level and turn their pets into internet celebrities. Knowing how to make your pet an influencer is crucial if your cat or dog wants more followers, media attention, and possibly some cash deals. The next Lil BUB or Tibby The Corgi might be snoozing on your couch right now.

Like their human counterparts, pet influencers often have a large following on Instagram who can get sponsored posts, celebrity appearances, and even endorsement deals, as noted by Working With Dog. It isn't limited to Insta, though. Pets with a strong following on YouTube, or even a podcast, can also hold this appeal.

And before you laugh, realize that some pet influencers generate serious money. Boo the Pomeranian earns about $1 million a year, whereas Grumpy Cat has an estimated net worth of $100 million, as reported in HuffPost. All those profits from celebrity appearances and book deals add up.

Of course, monetizing the family pet on social media is not the easiest thing in the world. But in recent years plenty of people — and sometimes entire companies — have worked to turn everyday pets into social media megastars. Here's some simple tips you can take to give your pet's online influence a boost.

More Like This
These 15 Air Purifiers Are Some Of The Best For Your Home
How Much Hair Loss Is Normal? 9 Signs You’re Losing Too Much Hair
How To Tell If Someone Is Lying To You: 34 Signs To Watch For
These Oktoberfest Instagram Captions Will Get Likes & Prosts