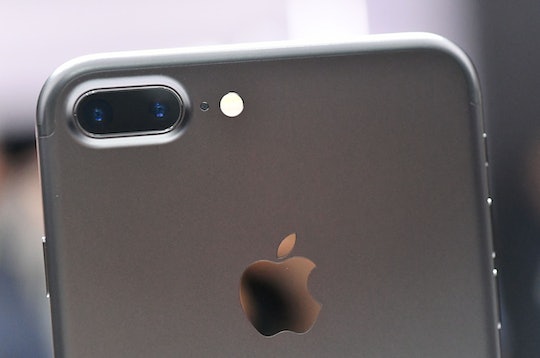 Here's How To Preorder The iPhone 8

It's Apple picking season, and I don't mean those tasty red delights dangling from the trees. September means it's time for the annual Apple iPhone event, and this year's event has many an Apple and iPhone fan pretty damn excited about what's next for the smartphone that basically reshaped human communication 10 years ago. Here's how to preorder the new iPhone, because like the iPhone 7 in Jet Black, preorders could sell out in minutes.

First, the most important question: When can you preorder the iPhone 8? According to the event, Apple announced that preorders for the iPhone 8 will begin on Friday, Sept. 15 and available on Sept. 22. The tech megalith has established some habits over the years, so it's not surprising that this is the date to preorder your new iPhone based off of past iPhone events. In advance of Tuesday's iPhone event, the Apple Store was down, but it should be back up once the event is over— and it'll ready to take your orders.

If you want to go through your individual cell phone carrier, you'll need to head directly to your carrier's website. Each of the four major cellphone carriers in the United States — AT&T, Verizon, T-Mobile, or Sprint — haven't yet updated their websites to reflect iPhone 8, iPhone 8 Plus, and iPhone X preorder information, but they all pretty much follow the same general format as the Apple Store.

Just to be safe, it's not a bad idea to sign up for your carrier's email announcements so you can be notified as soon as preorders are available for each individual carrier the moment you can actually place your preorder through their websites. But buyer beware: Fortune alleges that iPhone 8 deals from cellphone carriers might not be as good as they were last year.

Even though there has been a non-stop rumor mill about the latest iPhone, Apple still had plenty of mystery to unveil at Tuesday's iPhone event. It turns out that many of these iPhone 8 and iPhone X rumors have turned out to be true, including OLED screens, a new "blush gold" iPhone color, and wireless charging — so you're definitely going to want to grab up one of these fancy new phones just as soon as you can.