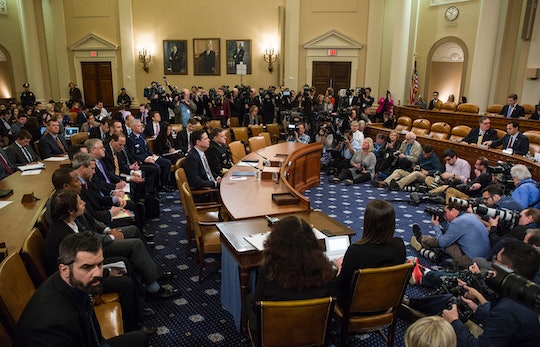 How To Protest The AHCA Last-Minute

Just over two weeks ago, Republicans introduced the American Health Care Act, their plan for repealing President Obama's Patient Protection and Affordable Care Act, to reviews rivaled only by Gigli. If you're like the majority of Americans, you might be wondering how to protest the AHCA before the House votes on the bill on Thursday. There may be scattered rallies throughout the country, and there's certainly no shortage of online petitions to sign, but the most effective way to make your voice heard is to use it: find out who your congressional representative is, and contact them. The best way to effectively lobby your rep is to call them on the phone, not tweet or email. I know you can't stand talking on the phone, but unfortunately, that's the truth.

It's not hard to see why so many dislike the plan; the Congressional Budget Office has estimated that 14 million people would lose their Medicaid coverage if it went into effect, and over the next decade, 24 million people would end up uninsured. The plan also allows insurance companies to charge older customers up to five times as much as younger ones, according to NBC News. Its tax credit program would also do nothing for nearly half of Americans who don't earn enough to pay income tax, and the overwhelming majority of the tax cuts would benefit millionaires, according to the Center on Budget and Policy Priorities.

On the other hand, the biggest problem many Americans have with Obamacare seems to be the name. Approval polls show a clear difference when respondents are questioned on Obamacare versus the Affordable Care Act, even though they're the exact same thing. That explains why AHCA is the only thing President Donald Trump won't put his name on. More than half of Obamacare recipients live in Republican congressional districts, according to the Kaiser Family Foundation, and The Week has reported that the majority of them are happy with it. A recent Quinnipiac poll found that only 17 percent of Americans approve of the AHCA.

You might not even need to call your representative, though. Currently, no Democrats have voiced support for the plan, and out of the 237 House Republicans, 30 are against it, 15 are leaning that way, and 43 are undecided, according to The New York Times (click through to see where your rep falls). And while Trump told Republicans that they'd lose their majority if they voted against it, that appears to be another alternative fact, as the AHCA clearly isn't the will of the people. Even if it does somehow get through the House, it still has to pass in the Senate, which looks even shakier. In that case, contact your senator (again, by phone) and give them an earful. And don't forget that one-third of senators and every single House rep are up for reelection in 2018. If there's nobody challenging yours, consider running for office yourself. If you win, you'll definitely have better health care coverage.