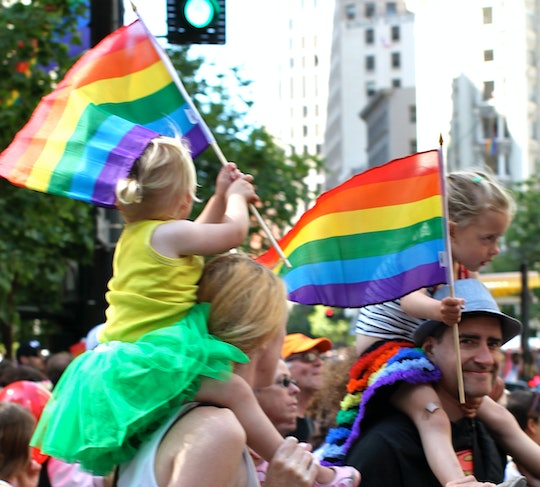 As a woman in a seemingly traditional-looking marriage, I think about how to raise my child to be accepting of people who are different than she is. Generally, I think not saying hateful, discriminatory things is a good place to start, but I’m also not naive enough to think that’s enough to raise a tolerant and open-minded little person. And as someone who thinks that social justice and equality are incredibly important, and as a queer person myself, I strive raise a queer-friendly child.

With marriage equality passing nationwide, it’s easy to think that everyone is accepting of LGBTQ people now. Even our president has been a vocal supporter of gay rights. But, as the fact that people can still be fired for being gay in 28 states indicates, the fight for equality is not over. Queer people, particularly queer and trans people of color, still face high rates of harassment, suicide, homelessness, and substance abuse. Acceptance of queer people is about more than just raising a child who is nice; it is about creating a world where LGBTQ people can live without fear of violence or marginalization. People’s lives are at stake. “Diversity” is not a trendy buzzword, and teaching “tolerance” is a slap in the face of the people whose humanity is seemingly up for debate when other people get to determine whose lives are “acceptable.”

Changing the world starts at home, and it begins with teaching your children that queer people are not only OK, but fully human and deserving of the same love and respect as everyone else. And who knows, you may be raising a queer child yourself, and by teaching acceptance in your home, you’re also letting your kid know that you will accept them, whoever they are.