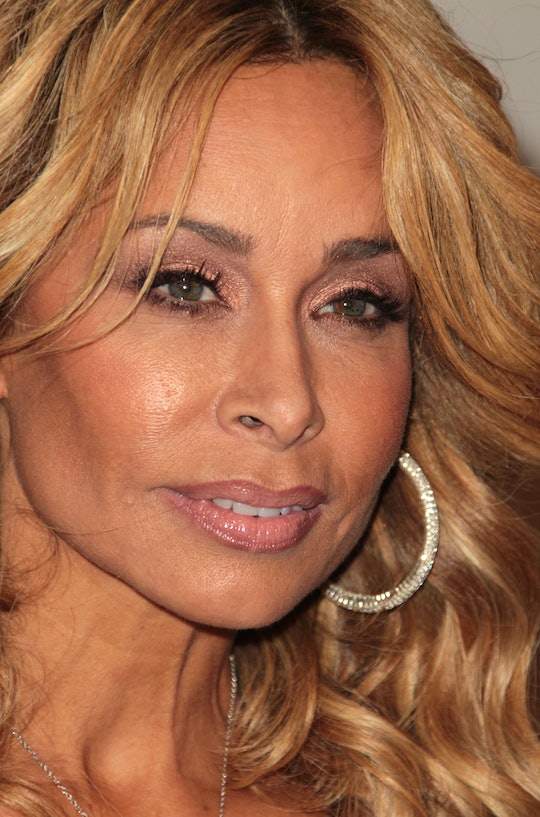 How To Read Faye Resnick's Book About Nicole Brown Simpson

With the premiere of the FX original series American Crime Story: The People v. O.J. Simpson, several celebrities from the 1990s have seen a resurgent interest their careers haven't seen for over 20 years. One of these celebs-du-jour from the Simpson trial is Faye Resnick, considered one of Nicole Brown Simpson's closest friends. Just four months after Brown Simpson's murder, Resnick published Nicole Brown Simpson: The Private Diary of a Life Interrupted. It was universally panned and criticized for revealing a number of unflattering details about Brown Simpson. New York Magazine called Resnick's book "the best-selling apotheosis of trashiness." Sounds juicy, right? Well, here's how you can read Faye Resnick's book about Nicole Brown Simpson — and why you should.

In the current season of the Real Housewives of Beverly Hills, Resnick's real life and American Crime Story dramatized life appear to be blending into one another. On RHOBH, Kathryn Edwards has some beef about what Resnick wrote about her in the 1994 book: Resnick claimed Brown Simpson allegedly had an affair with Marcus Allen — O.J Simpson's best friend, and more troublingly, Edwards' husband at the time (the two are since divorced). With Resnick's rising popularity once more, fans want to get their hands on her first book - and here's how. The book was also mentioned in episode three of The People v. O.J. Simpson.

First of all, you should know that even though Resnick's book got a first run printing of 750,000 hardcover copies, the book can be a little hard to come by. Sorry eBook fans – Resnick's book came out WAY before Kindle meant anything other than how you started a fire. Any copy you hope to purchase at this point would be a used copy.

Most copies will set you back around $30 and you can buy The Private Diary of a Life Interrupted on Amazon, Barnes & Noble, and eBay through third-party sellers. If you're looking for a new copy in pristine condition, be prepared to pay much more, with original hardcopy editions of the book in new condition selling for well over $100. You could buy Resnick's audiobook on Audible — it'll cost you just under $9. Feeling particularly retro? You can actually still get the book as an audio cassette — if you fancy listening to Resnick read her own words. But good lord... why would you? Let's just say Connie Britton's portrayal of Resnick in American Crime Story is pretty spot on:

Go ahead. Try and listen to that for two hours and 16 minutes.

Still need some motivation to go out and get your own copy of Resnick's book? Here's the juicy confrontation on RHOBH that's put Resnick's book back into the spotlight: