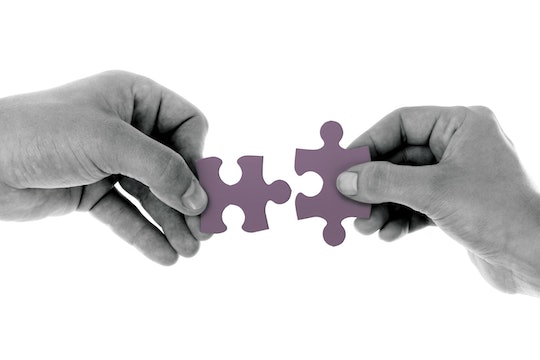 How To Remove A Stuck Condom

Sometimes things go wrong during sex, even when you have the best intentions. For instance, you may be practicing safe sex by using a condom, only to have the thing slip off and get stuck inside you. That why knowing how to remove a stuck condom is practical advice for anyone who is sexually active. Even though it's a rare occurrence, being prepared is always smart. You never know when Murphy's Law will kick in.

If a condom does slip off mid-intercourse, the first step is to remain calm. The condom can't go anywhere else or migrate around inside your body. It will get removed, eventually. Next, try a DIY removal. According to Cosmopolitan, you can do a quick sweep of the area with your fingers, trying to feel for the lost condom. If this does not work, then enlist your partner's help. Perhaps a different angle of attack, so to speak, could help do the trick.

Still stuck? You have a few more at-home options. According to WebMD, you can prop up a foot and bear down internally to reach a stuck condom. This motion might help force the condom to get within reach. If nothing else, it's a fun exercise in getting to know your body better, right?

If you still haven't made any headway with these strategies, then it's time to call in the professionals for help. No, seriously: leaving a foreign object in your vagina can result in swelling, pain, and even a high temperature, as noted in Health Direct. The condom must come out.

Your last option is a visit to the doctor's office. As noted by Zocdoc, your family doctor or an OB-GYN is a good choice for this procedure, and they should be able to painlessly remove the condom with some long tweezers or another instrument. In fact, a doctor's visit might be in order even if you remove the condom at home, because you may need to discuss options for backup birth control or STI checks. If the condom falls off, then these things are a concern, too. Hopefully, though, you will be able to extract the wayward condom without any trouble or side effects.