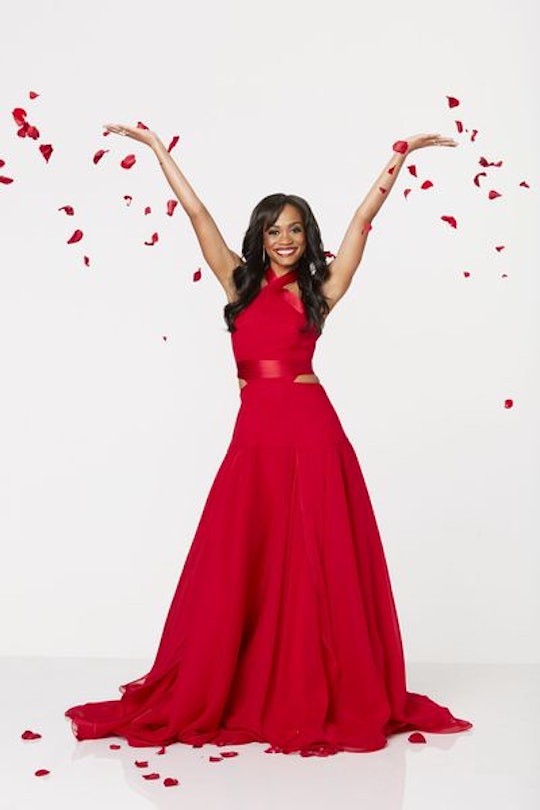 How To Rewatch Rachel's 'Bachelorette' Finale

The time has come to finally find out who Rachel chooses to be her husband in what I'm sure will end up being an emotional conclusion to her televised journey. But if it's not possible to watch it in real time, or if you just need a second go-around, I've gone ahead and listed some methods of how to rewatch Rachel's Bachelorette finale. I know at the very least that I'll probably need a second viewing just to process all of my feelings on the matter.

Rachel started off with around 30 contenders for her heart, and whittled her choices down to the top three: Bryan, Peter, and Eric. Each guy has a lot going for him but — at least on this monogamous show — Rachel can only pick one. Will she go for confident and sexy Bryan, fan-favorite Peter, or fun-loving sweetheart Eric? I definitely know who I want her to choose, but I have a feeling she's not gonna go for my guy. In either case, I'll be on the edge of my seat with a box of tissues on hand. If you need an alternative method of watching, not to worry. The internet (and myself) are here for you, so you can make like Aerosmith and not miss a thing.

Because ABC loves us and wants us to be happy, the network shows most of its shows on the ABC website the day after they originally aired. So if you had some sort of pressing dinner engagement that you just could not reschedule on Monday night, or if you just want to relive the magic, head on over to abc.go.com to catch up on your own time.

If you've got a Hulu subscription (and if you don't, I highly recommend remedying that immediately), you're in luck. Hulu also shows currently airing TV episodes typically starting the day after the original air date.

If you're an old-fashioned TV viewer, you can always go the classic route and just record the finale on your DVR. Yes, I promise you, DVR is still a thing and it is remarkably effective. So just remember to record the show before it starts and then watch and rewatch to your heart's content whenever you feel like it. On some cable subscriptions, the show will record as you watch it, which means that you can rewind the whole thing and watch it again from start to finish immediately after the show ends. Ahem, I don't know who would do that, ahem.

So there you have it folks, plenty of ways to watch The Bachelorette finale after the fact. I'd just avoid Twitter in the meantime.