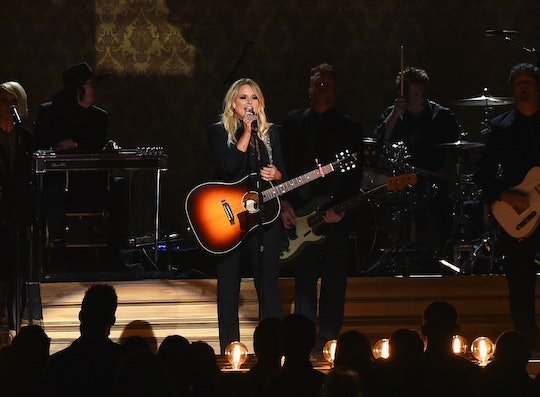 Rewatching The 2017 CMA Awards Is Easy

This Wednesday is the biggest night in country music. The annual Country Music Association Awards is finally here and the best of the best in country music is coming out to perform and win some awards. However, if you can't watch the show live tonight, you'll probably want to know how to rewatch the 2017 CMAs, so you can watch all of the amazing performances again and again.

Since the show is airing on ABC, you'll most likely be able to find the show on ABC's website, their app, and On Demand the very next day. Unfortunately, you will probably need a cable subscription in order to do so, as is the case for most ABC shows for the first week after they air. This is the only way you'll be able to rewatch the show in its entirety, unless you remember to schedule your DVR. However, you'll definitely be able to see clips from some of the shows biggest moments all over social media later that same night or first thing the next morning.

Therefore, depending on how much of the show you really want to see, you'll have some options. If you're just interested in the music and the awards speeches, you can definitely find those all online via YouTube or Twitter, and really, isn't that what we're all tuning in for anyway?

The show will also include some great matchups. Reba McEntire, the most nominated female in CMA Awards history, will be performing with Kelsea Ballerini. Both women are up for the Female Vocalist of the Year award. Additionally, former One Direction bandmate Niall Horan will perform at the CMAs for the first time with Maren Marris. They'll be singing their new song, "Going Blind," which is on Horan's first solo album, Flicker, that came out last month. Dierks Bentley and Rascal Flatts, as well as co-host Brad Paisley and Kane Brown will also be collaborating for their performances.

Besides the incredible performances, people will definitely be tuning in to see who walks away with which awards. Lambert topped the nominations this year with a total of five noms, including her 11th nomination in the Female Vocalist category. Meanwhile, Little Big Town and Keith Urban also received a lot of love, coming in with four nominations each.

Other notable nominations include Underwood, Lady Antebellum, Rascal Flatts, and Florida Georgia Line. Taylor Swift, who left the country genre and moved into pop with her 1989 album, also got a nomination for her songwriting on Little Big Town's hit "Better Man," which was nominated for Song of the Year. The nomination has many people wondering if Swift will make a surprise appearance at the award ceremony again this year. Last year, she surprised viewers when she stepped out to present the Entertainer of the Year award. An appearance would be perfectly timed with the release of her new album, Reputation, which comes out this Friday. Just saying!

Regardless of whether or not T-Swift makes her way to Nashville, the CMA Awards will be star-studded. Besides the incredible number of performers, there are also a lot of well known presenters this year, including Lea Michele, Karlie Kloss, and Tyler Perry, to name a few. It's clear the CMA Awards will be a fun night and even if you do miss it, you'll definitely want to watch it later on.